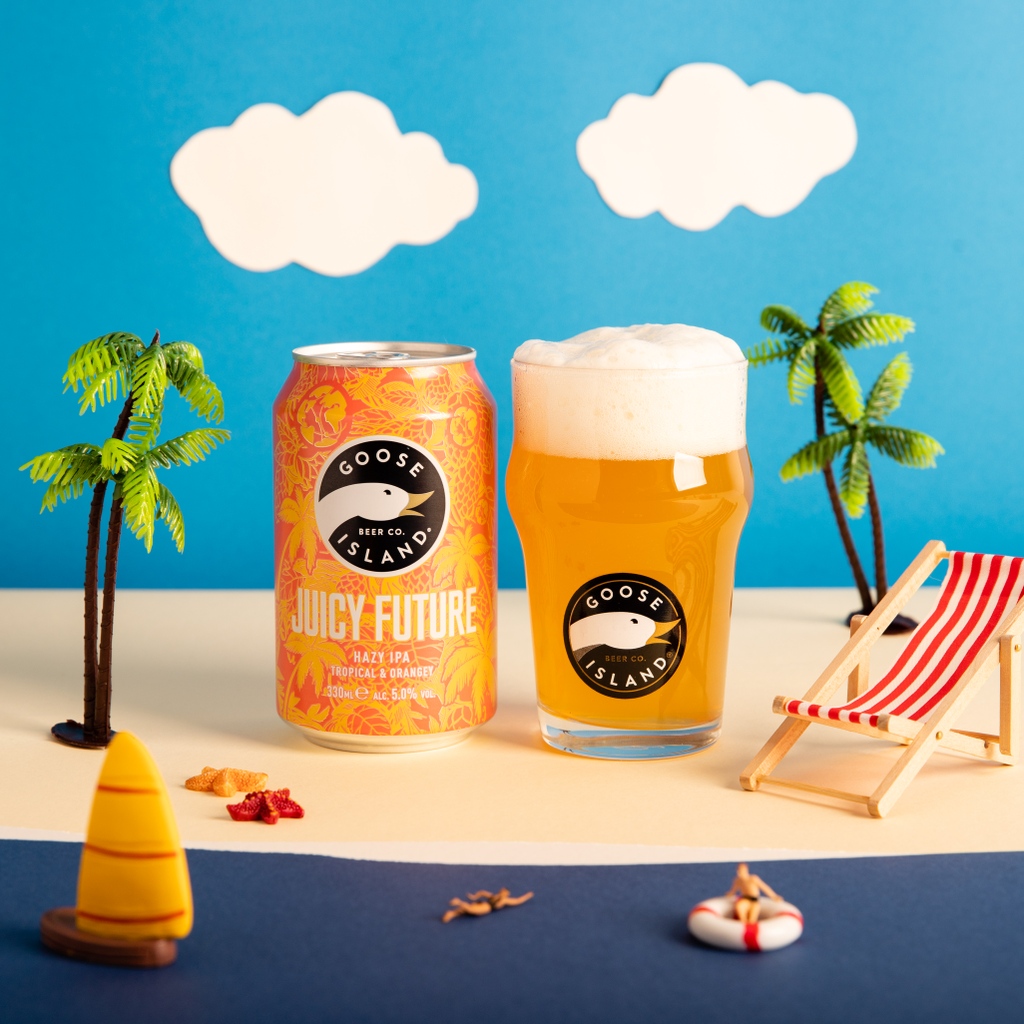 Juicy Future is the acclaimed beer brand’s first official release in 2022 and sets the tone for a year of exciting beers that constantly push the boundaries of brewing.

The 5.0% hazy tropical IPA is made with summer in mind, bringing zesty, tropical aromas into play with a subtle tart, tangy finish and a glorious sunset colour. Hitting the right juicy notes, this is a beer perfect for enjoying in the sun and will make you feel like you’re swinging in a hammock between two palm trees.

Refreshing and flavourful, Juicy Future could fast become the brew of the season, perfect for sipping in the sunshine.

Made using the game-changing Tango hop, Juicy Future is a step forward in sustainable hop growing, requiring less nitrogen, less irrigation and less chemicals and pesticides to thrive, offering an insight into the future of sustainable brewing.

Speaking about Juicy Future, Goose Island UK’s Matthew Koep said: “We’re incredibly excited to bring this fun flavourful tropical IPA to the market exclusively with Co-op alongside our existing beers, building on our strong relationship with the brand. Last year we launched a range of Goose Island frozen foods with Co-op so doing an exclusive beer felt like a natural next step. We can’t wait for people to try it when it hits the shelves this week”

Jonathan Price, Beer Buyer at Co-op said: “Following the launch of the Goose Island frozen food range last year, we’re delighted to be exclusively welcoming this flavourful tropical IPA into our stores, just in time for summer. Juicy Future is a welcome addition to the Goose Island beers we stock in our stores, not only because of how it tastes, but because it’s also a step forward in terms of sustainability.”