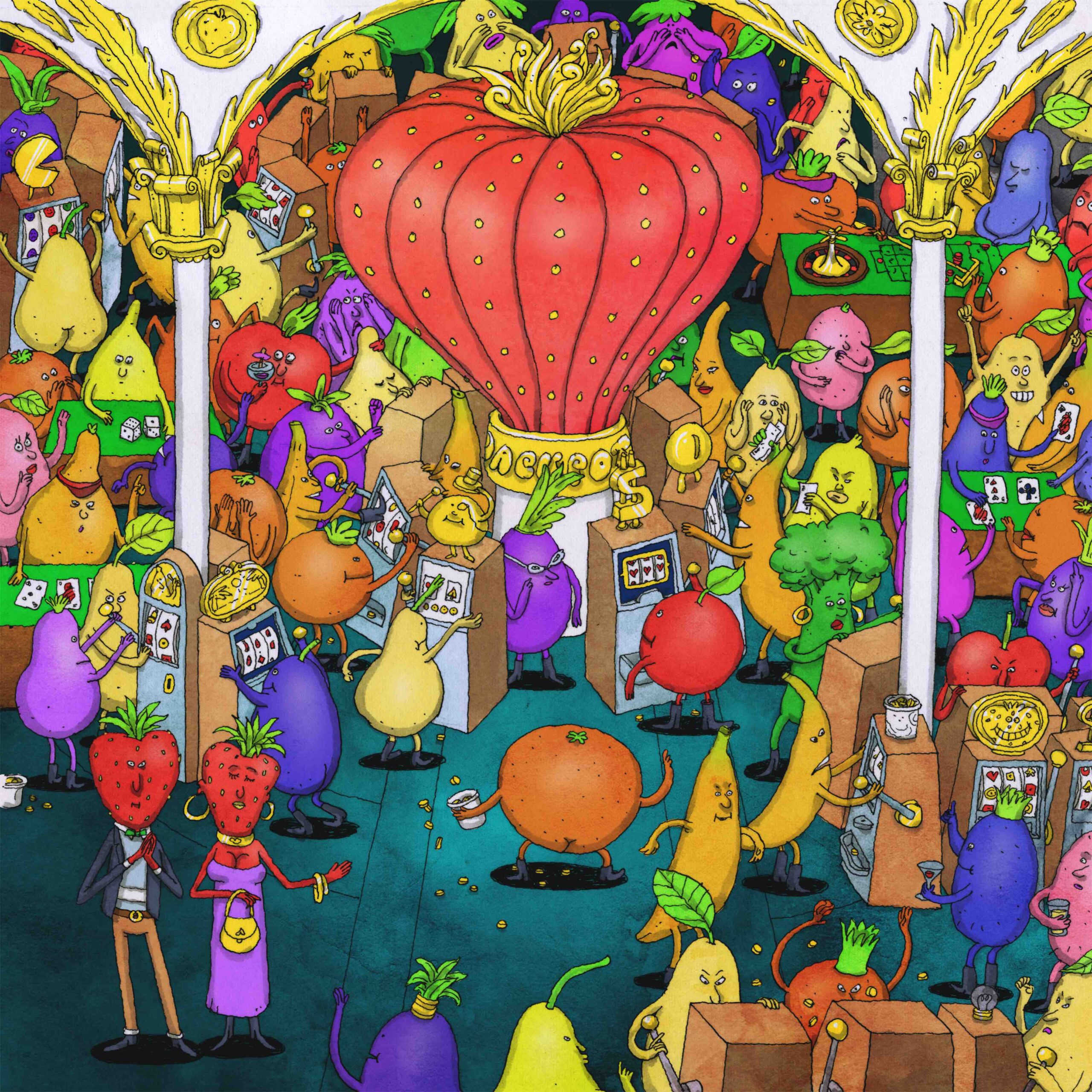 Chart topping, Sacramento group, Dance Gavin Dance have dropped “Pop Off!” today, the second new track from the band’s recently announced new album JACKPOT JUICER (out via Rise Records on July 29th). “Pop Off!” is accompanied by a brand new music video which picks up where the video for precious single, “Synergy” feat Rob Damiani, leaves off.

“Pop Off!” follows the release of the first new single from the album, “Synergy” feat. Rob Damiani of Don Broco, which was released back in March of this year to huge critical acclaim. It charted at #11 on the Billboard Hot Hard Rock Songs and has clocked up 1.5 million YouTube views and 3.6 million cross-platform streams.

Dance Gavin Dance announced the release of their brand new album, ‘Jackpot Juicer‘, last month just prior to their hugely successful, completely sold-out Swanfest festival, which took place in their hometown of Sacramento. The event was bittersweet as it came immediately in the aftermath of the news that the band had lost their dear friend and bassist, Tim Feerick to whom the event was dedicated. Over 10,000 fans descended on Heart Health Park to join the band in celebrating Tim’s life and exceptional musical talent.

‘Jackpot Juicer’ follows Dance Gavin Dance‘s enormously successful 2020 release, AFTERBURNER, which topped charts and debuted at #14 on the Billboard Top 200 with a digital only release. ‘Jackpot Juicer’ will be released on July 29th via Rise Records. Pre-Order bundles were launched the same day and saw a sell-out of 7 different vinyl variants already. Remaining pre- orders are available now HERE.

As well as gathering with their fans for Swanfest on April 22nd, Dance Gavin Dance are also now on the road for their Spring 2022 headlining tour with Memphis May Fire, Volumes and Moontooth from running until May 20th. They will then will be hitting the road with Coheed & Cambria for a nationwide amphitheater tour of the US starting on July 12th and running until August 17th.

With Coheed & Cambria and Mothica

Dance Gavin Dance recently announced the supports for their upcoming UK tour this autumn. The band will be supported by Caskets, Volumes and Eidola. Tickets are on sale now – HERE.