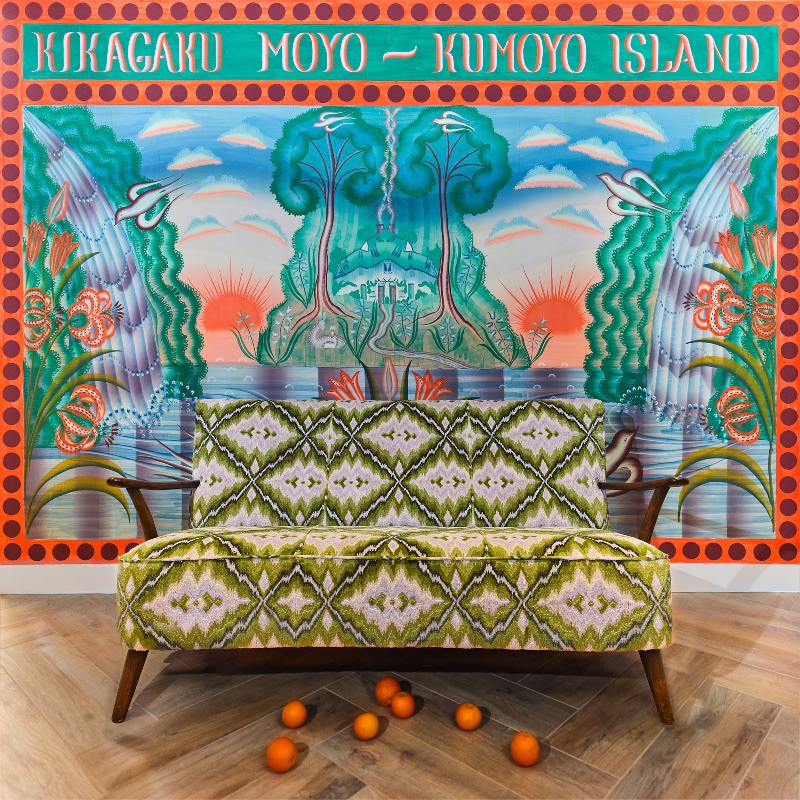 Today, after ten years playing and recording music together, Kikagaku Moyo have released their last album together via the record label they run, Guruguru Brain. Entitled ‘Kumoyo Island’, the album is available to stream & buy digitally now, with the physical editions to be available in North America on August 26th and Europe and the rest of the world on July 22nd. A limited number of copies will also be available at their forthcoming live shows, which start next week.

In many ways ‘Kumoyo Island’ represents the culmination of a journey for Kikagaku Moyo. While their decade-long career can be summarized as a series of kaleidoscopic explorations through lands and dimensions far and near, there’s a strong intention in each of their works to take the listener to a particular place, however real or abstract they may be. In that sense, the title and cover art for the band’s fifth and final album draws you into a magical mass of land surrounded by water—but the couch suggests that ‘Kumoyo Island’ may not be a fleeting stop, but rather a place of respite, where one could pause and take it all in.

The release comes as the band embark on their last ever tours, which will see them play sold out shows across the globe, celebrating the wide-reaching joy their unique, intuitive brand of psychedelia brings, as they bid farewell to fans at the peak of their career.