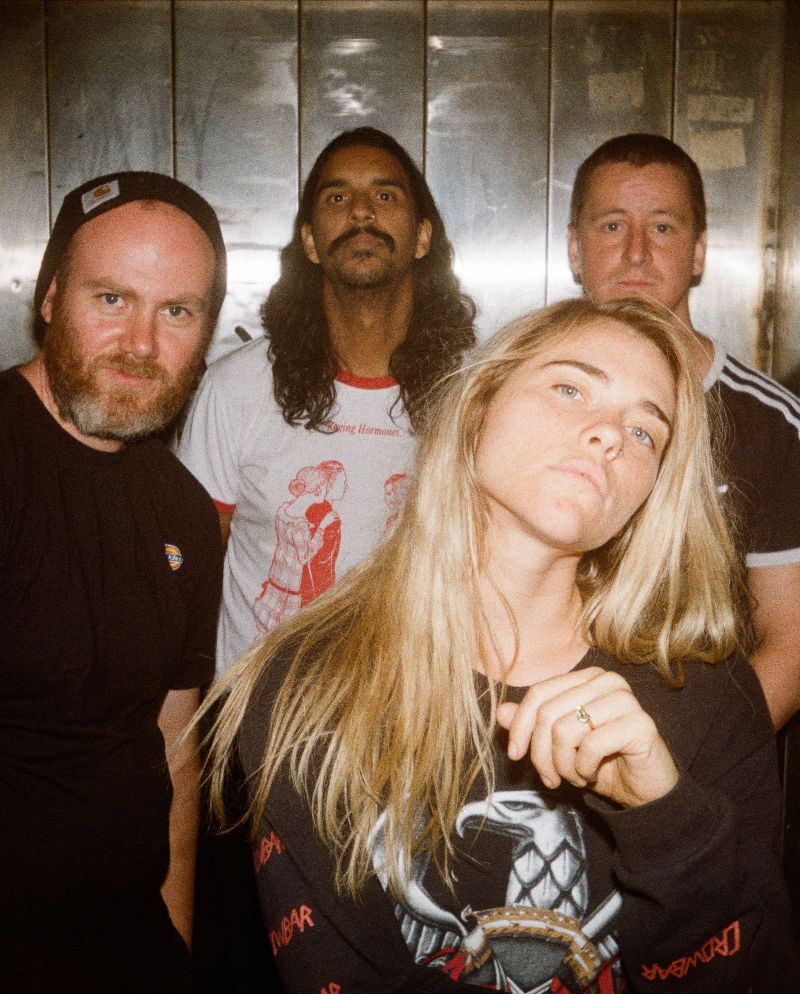 At 0:00 ‘Cancelled’s heart-rate monitor starts ticking. The song is a rigid dynamo. A creative embellishment on their previous releases, with a refined attention to detail. The crude elements of Press Club are on the catwalk as lead singer Natalie Foster demands “who said I can’t do this better? Who says I can’t live forever!”

‘Cancelled’ is the first of Press Club’s new self-produced works to see light of day, and despite its title, bears no reference to show cancellations, nor cancel culture. The song’s lyrical content is actually an honest stocktake of one’s former self, in crystallite retrospect. In the engine room Frank Lees (drums) and Iain MacRae (bass) lurch ‘Cancelled’ forward like two indefatigable pistons. The deft guitar work of Greg Rietwyk, at times hostile, becomes the perfect melodious compliment for Foster at the most opportune moments.

The new single is delivered with the perfect visual accompaniment shot by longtime collaborator, friend and video director Nick Manuell the video clip for ‘Cancelled’ captures the fierce grit of the track.

At the hands of countless roadblocks facing the arts as a whole over recent years, Press Club spent all their time together crafting new material in their studio under the shadow of Melbourne’s Westgate Bridge. They focused relentlessly on songcraft, methodically burning through hundreds of demos. As time is currency, they paid a refined attention to timbre, instrumentation and dynamics they could never afford before, amidst their helter-skelter touring schedule.

With the promise of more new music imminent, Press Club kick off world wide touring and fans will be witness to the first taste of new tracks as well as favourites from albums Late Teens and Wasted Energy.  Then band will be back in the Autumn to headline Oslo, London  with full dates below.

The band will also play London this Autumn

‘Cancelled’ is out now on Hassle Records.