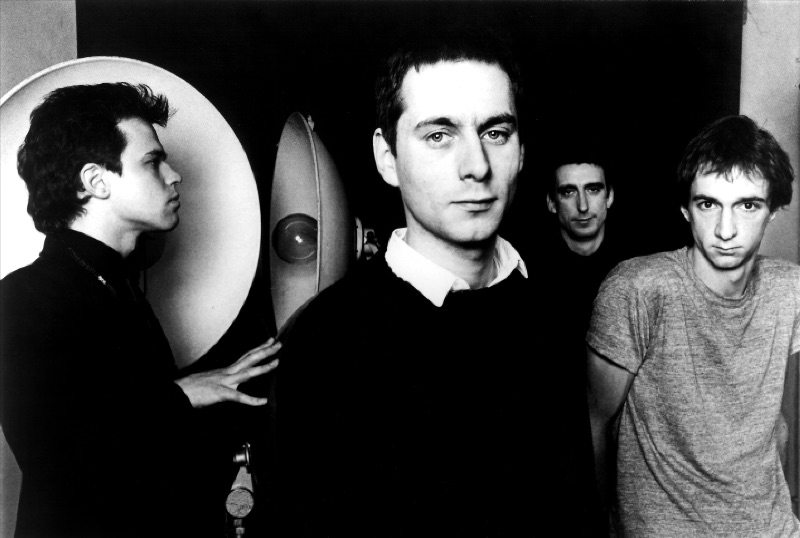 WIRE announce ‘Not About To Die’

Wire have announced the first ever official release of ‘Not About To Die’ for June 24th via pinkflag. Along with the announcement they have shared track “Stepping Off Too Quick” and an accompanying visual.

The original ‘Not About To Die’ was an illegal bootleg, released at some point in the early 80s by the dubiously named Amnesia Records. The album was made up of selections from demos recorded by the group for their second and third albums: ‘Chairs Missing’ and ‘154’. These demos had been recorded for EMI, with cassette copies circulated amongst record company employees. However, they were never intended for release.

A typically shoddy cash-in, the songs on‘Not About To Die’ were taken from a second or possibly third generation cassette, with the album housed in a grainy green and red photo-copied sleeve. Compared with the high standards of production and design Wire have always been known for, it was something of an insult to band and fans alike.

Now, in a classic act of Wire perversity, the group have decided to redress the balance and reclaim one of the shadier moments of its history, by giving ‘Not About To Die’ its first official release. All the tracks have been properly remastered, with the relevant recording details in place. As for the sleeve artwork, whilst it strongly references the original, it is decidedly more artful in its execution.

Having received proper care and attention, ‘Not About To Die’emerges as a fascinating snapshot of Wire in transition. Herein are embryonic versions of classic songs such as ‘French Film (Blurred)’, ‘Used To’ and ‘Being Sucked In Again’, that the group would develop considerably for their epochal 1978 album ‘Chairs Missing’. Later demos such as ‘Once Is Enough’, ‘On Returning’ and ‘Two People In A Room’ would surface in radically altered form on 1979’s ‘154’.

Some songs, such as ‘The Other Window’, are virtually unrecognisable from their later iterations. But the biggest prizes here may well be the numerous tracks that were destined to be omitted from Wire’s later studio albums… Highlights include ‘Motive’, which, whilst obviously still in an embryonic state, has an undeniable power. Robert Grey’s drumming is crisp and minimal, and Graham Lewis’s bass runs are particularly ear-catching. Despite its distinctly un-Wire title, ‘Love Ain’t Polite’ is also something of a gem. Bruce Gilbert’s guitar is razor sharp and Colin Newman’s vocal is especially strong, with his delivery of the ‘bah-ba- bah-ba’s’ providing an irresistible energy and charm.

Meanwhile, the track which gives the album its title ‘Not About To Die’, officially known as “Stepping Off Too Quick” and shared online for the first time today, is alive with confident energy, and possesses what Newman half jokingly calls “The best intro to any song ever”. The intro is so good in fact, that it takes up a third of the song’s entire time frame.

Newman says “The LP version was initially a Record Store Day release & we do like to support independent record shops. We also appreciate that RSD does not cover all retail, not everyone wants to consume the music on vinyl and that indeed not everyone can get to a record shop. So this release is for everyone else!”

These properly mastered tracks have never been available on vinyl before, and they provide an opportunity to hear Wire at a point in their development when they were bursting with fresh ideas and a will to communicate them. This is post-punk at its very finest.

‘Not About To Die’ will be released on June 24th via pinkflag.