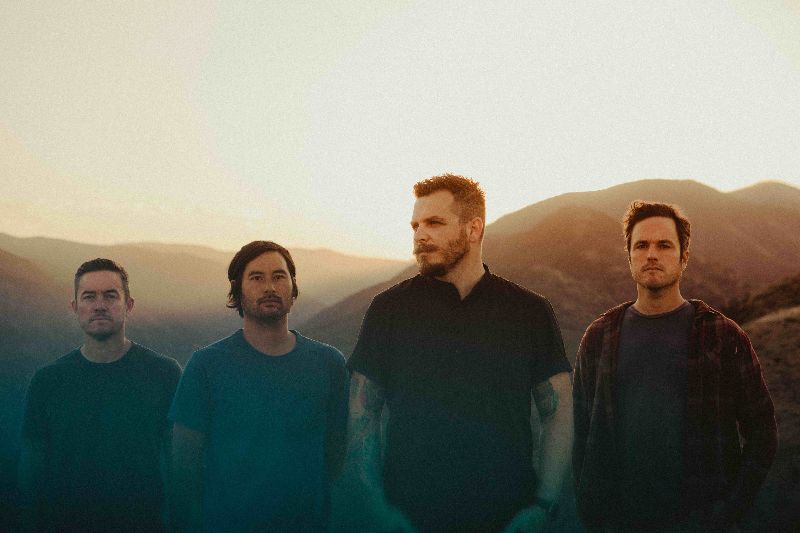 After a wildly successful past year following the release of their latest album Horizons/East, California rock band Thrice are returning with a brand new single “Dead Wake” via Epitaph Records. “Dead Wake” carries the same introspective themes and warm, complex instrumentals that Thrice used so often throughout Horizons/East. The track is paired with a lyric video, available to watch now here. Fans can stream “Dead Wake” now at https://thrice.ffm.to/deadwake

“This is a tune we were working on during the Horizons/East sessions but hadn’t completed,” shares vocalist Dustin Kensrue on the new track. “I’ve always been fascinated by songs that only have one chord progression but feel expansive and varied through the use of shifting melodies and layers and we wanted to play with that format here.”

Alongside the new release, Thrice have shared an acoustic version of their hit track “Scavengers” off of Horizons/East. The new version trades in the original dark and intricate braiding of guitar and drum grooves for a vulnerable, stripped back track that seems to take on an entirely new meaning. Fans can watch the visualizer for “Scavengers” (Acoustic) now at https://youtu.be/JnNqr_jDZ3U

Released in September 2021 via Epitaph Records, Horizons/East conveys a palpable sense of danger, determination, and possibility. The album exemplifies art as a work of recognition — the human task of perceiving oneself amid details, disasters, and blessings as a relentlessly relational phenomenon among others. In this, Horizons/East is the rare rock album on which interrelatedness is a theme, painting an adventurous and lush landscape mixed by Scott Evans that the band self-produced and recorded at their own New Grass Studio.

To emerge from a global pandemic with a renewed sense of situational awareness, hard won insight, and a new album is the kind of move we’ve come to expect from Thrice over the last twenty years. With the band’s newest album Horizons/East, Dustin Kensrue and his bandmates address, with candor and courage, the fragile and awkward arrangements that pass for civilization, while inviting us to dwell more knowingly within our own lives. Without surrendering any of the energy and hard edge of their previous albums, they’ve given us a profoundly meditative work which serves as a musical summons to everyday attentiveness.

Since forming Thrice with guitarist Teppei Teranishi, bassist Eddie Breckenridge, and drummer Riley Breckenridge in 1998, Kensrue has never been one to back down from a mental fight. Horizons/East communicates comfort with uncertainty, it’s uncertainty as the beginning of wonder. Not knowing something for certain can occasion a blossom, an opportunity, as opposed to a dead end.

This uncertainty is something the band seems to embrace with their entire career, and especially in their approach to this record, building out their own studio and recording completely on their own, unsure of what exactly they could extract from themselves this time around. Thrice seems ever eager to step out into these spaces unknown to them, unsure of where their feet will land, and the most recent record is no exception.