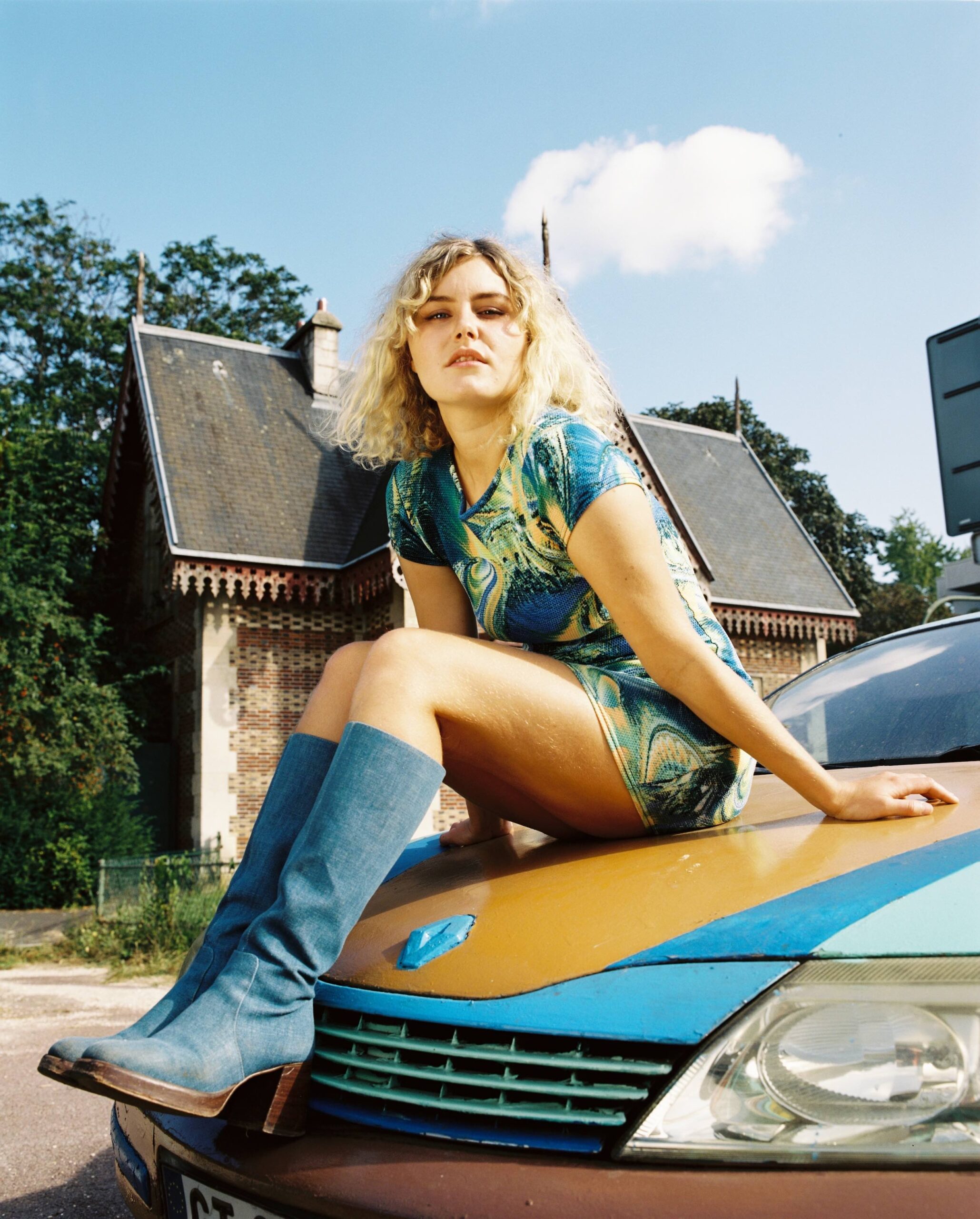 Swedish artist Klara Keller today shares her new track, ‘Sad Thinking of You’. Her first single in the English language, Klara worked with Rob Coudert and Thomas Hedlund of Phoenix on this release, and self-produced the track. Mixed by Jack Lahana (Phoenix, Air) and mastered by Chab Mastering (Daft Punk, Christine and the Queens), ‘Sad Thinking of You’ is an incredible glimpse of what’s to come from the young artist.

Hailing from Stockholm, Sweden is 24 year old Klara’s base, it’s where she’s always written, recorded and produced her music. In 2021 she found herself yearning for new experiences, in search of something new. Arriving in Paris, ‘Sad Thinking of You’ was born with new friends Thomas Hedlund and Rob Coudert, as the stories started to flow out of Klara at a speed she hadn’t encountered before, with her sonics quickly developing and evolving into something effortlessly thrilling. With sunny 80s synths paired with Klara’s distinctive vocals, ‘Sad Thinking of You’ is a beautifully balanced, melancholic yet summer-ready bop.

The single launches today alongside a lo-fi clip of Klara appearing lost and searching in front of the Statue of Liberty and the Eiffel Tower, with a seashell leading the way. In her own words, “I wrote Sad Thinking Of You in Paris when I was very happy, but at the same time looking back for what I’d left behind. My past life became a seashell put against my ear. Like listening while walking in a new world”.

Klara released her critically acclaimed debut EP Hjärtansfröjd in 2020, which was nominated for ‘Breakthrough of the Year’ & ‘Best Album’ by Hyundai Nordic Music Prize, The Swedish Grammy Awards, Gaffa Prize and Manifestgalan, the latter she won. Coming from a family of basketball players, Klara was the odd one out, always singing and creating, inspired by her dad’s collection of Tom Waits and Bob Dylan records. Figuring it all out on her own, Klara began writing and playing guitar at 10 years old, and soon became captivated with Björk, M.I.A and Patti Smith and their ability to exude both strength and sensitivity, with their own artistic universes.

Currently residing in the renowned Rue D’enghien in Paris – home to Phoenix, Samy Osta & Alexandre De La Baume to name a few – Keller has found her new home. With her refreshingly playful style paired with melancholic melodies and poetic lyricism, Klara creates a unique and timeless world that’s completely her own.