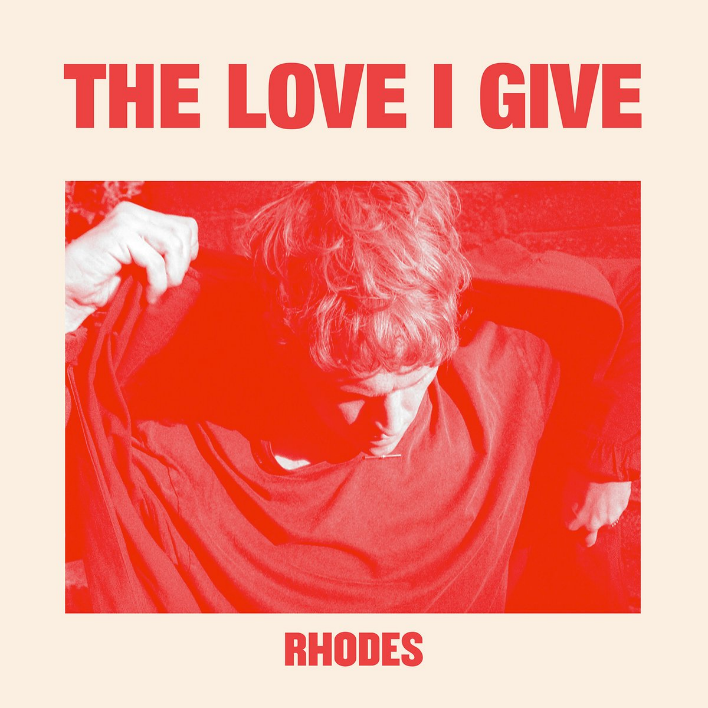 RHODES RELEASES ETHEREAL NEW SINGLE ‘THE LOVE I GIVE’

On ‘The Love I Give’, RHODES explained: “This song is about hope and reassurance. I wanted to capture the feeling that there will always be twists and turns in life, but things will always get better as long as you hold on to those closest to you and keep hold of the love between you. I kept coming back to this song, trying to improve it and change bits but eventually I just wanted to go with the demo version and retain the purity of writing a song like this with two close friends.”

Described as one of the most spiritual and meditative experiences he’s been a part of, ‘The Love I Give’ comes paired with a stunning visual. Collaborating with Canadian writer and director Nano Clow on the video’s concept, the 3-minute 45 seconds song was slowed down to just over 3 hours and shot entirely in one take in front of the serene backdrop of Botany Bay, Broadstairs from dark to sunrise. “Life slowed down whilst we sat still for three and a half hours on the beach, and I could feel the relevance and weight of every tiny nuance happening around me” outlines RHODES.

Director Nano Clow added that “working together was an absolute treat. His (RHDOES) trust in the process and belief in the intention behind what I wanted to do was incredible and so collaborative. To me, “The Love I Give” is a track about dedication and hopefully, together we were able to capture that sentiment on film.”

Following the release of tracks ‘No Words’ and ‘Suffering’, ‘The Love I Give’ is the third single taken from RHODES’ forthcoming album. Recording during lockdown alongside producers Rich Cooper and Ash Workman (Christine and the Queens, Metronomy), the new album will be RHODES’ first since acclaimed 2015 debut Wishes, which included the hit single ‘Let It All Go’, a duet with Birdy which has now amassed over 177 million Spotify streams. Recently signing a deal with Nettwerk and Tap Management (Dermot Kennedy, Lana Del Rey, London Grammar) and with over 1.8 million monthly Spotify listeners, RHODES is revived and ready to share tales of love, loss, friendship, and hope.