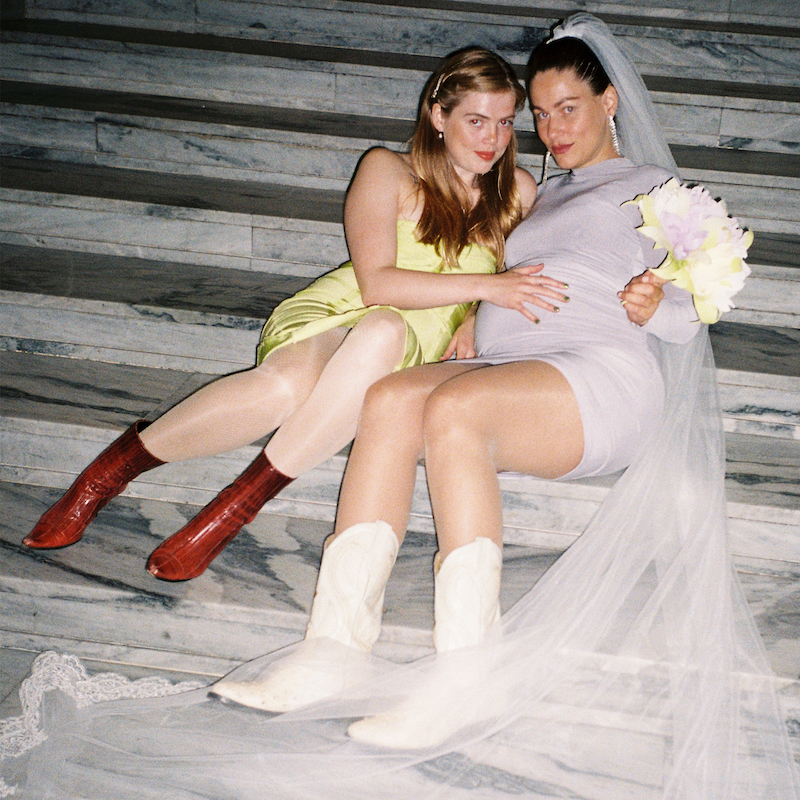 Ultraflex is an interdisciplinary collaboration between Farao (NO) and Special-K (IS) and today they are sharing their new single & video “Rhodos“, which showcases another glimpse of their playful disco-pop.

“Rhodos” is an ode to Northern European tourists partying in the South of Europe (Mallorca, Ibiza, Rhodes etc.) It honours pink beer bellies, Smirnoff Ice and the smell of aftersun and is inspired by Ultraflex’s own experience of getting liquor poured straight into their mouths by flexing bartenders at a time in their lives when belly rings and miss sixty jeans were of the utmost importance.

The track is accompanied by a jeggings and jewels filled music video filmed in Greece, directed by Sigurlaug Gisladottir. In the words of the band, “‘Rhodos’ was written in deep pandemic, when we were desperately craving to party. Longing after people yelling in our ears, everyone bumping into each other, stepping on our toes and the sensation of cold beer flowing down our backs. Writing Rhodos immediately transported us to a hot and sticky beach, a place we loved and loathed equally.”

Ultraflex released their saucy debut album ‘Visions of Ultraflex’ was released in 2020 to critical and popular acclaim, winning The Icelandic Music Awards 2021 for ‘Best Electronic Album’ and Kraumur Award for ‘Best Album’, besides collecting additional international nominations. Ultraflex places equal value on sounds, lyrics and visual representation – music videos or experimental films are made to every single song.

Ultraflex’s sound is inspired by the disco, italo and funk of the 80’s, blending it with new-age sensibilities, unexpected jazz chords and melodic twists. The result is a catchy, contemporary whirlwind of dance floor weirdness, nodding to their ancestors in the historical lineage of spectacular electronic music. The duo’s material is simultaneously kitsch and conceptual, filtered through contemporary pop culture. Ultraflex creates their own brand new lotion carefully tailored to your needs.