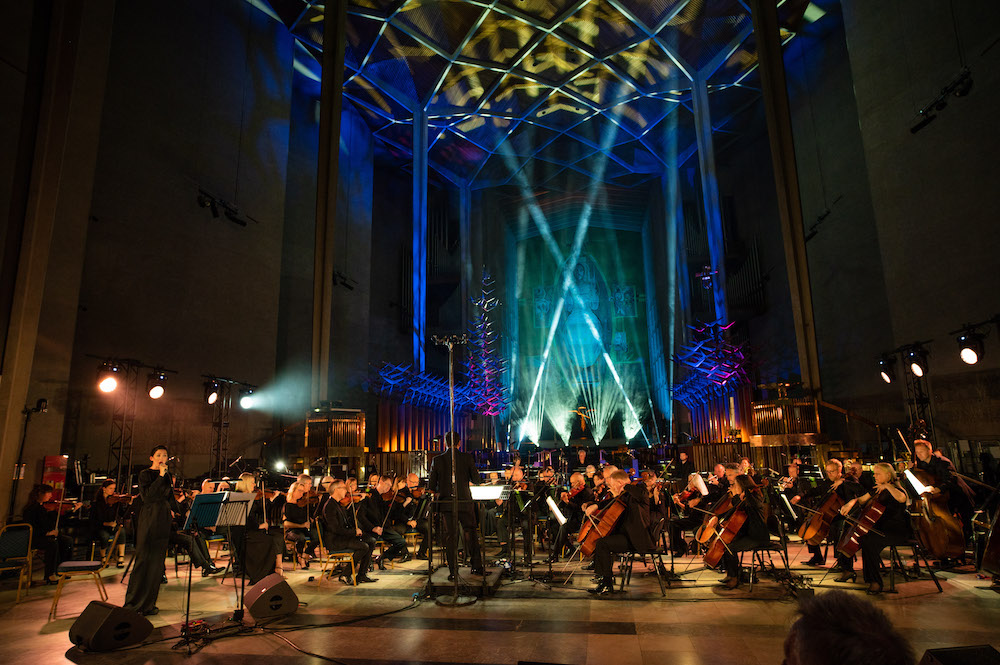 PRS Foundation and the Southbank Centre prepare to bring their critically acclaimed free festival, New Music Biennial 2022 to London this Summer from 1-3 July. It follows a hugely successful first weekender in Coventry UK City of Culture in a takeover of three locations – Coventry Cathedral, Drapers’ Hall and HMV Empire as part of the UK City of Culture celebrations.

Presented in partnership with Coventry UK City of Culture, BBC Radio 3 and NMC Recordings with support from Arts Council of England, Arts Council of Northern Ireland and Paul Hamlyn Foundation, New Music Biennial 2022 comprises 20 pieces of music: ten brand new works selected from an open call and ten pre-existing New Music Biennial works from across the last 10 years to mark its launch back in 2012.

With pieces from across all genres: from classical and chamber opera to jazz, folk and electronic, each work is no longer than 15 minutes in duration to create a pop-up, interactive way for audiences to discover new music by some of the most exciting composers and music creators in the UK today.

In addition to the performances, all the works featured in this year’s New Music Biennial will be broadcast across BBC Radio 3 New Music Show at 10pm every Saturday evening.

New works recorded in Coventry will be featured in the shows on 30th April and 2nd July. Previously commissioned works featured in this year’s New Music Biennial can be heard on Saturday evenings from 10pm throughout May and June. The New Music Show programmes will also be available on BBC Sounds.

Pieces from the New Music Biennial will also be available through NMC Recordings. As well as releasing the new pieces at this year’s festival, and to celebrate this milestone in the partnership, NMC is re-issuing the ten existing works being performed this year. This special re-issue bundle entitled “Celebrating 10 years of New Music Biennial”, will be available to download digitally from the NMC online shop from 22nd April at a discounted price, providing a lasting legacy for this new music.

NMC also share five curated playlists themed by genre consisting of all the tracks that they have released across the festival’s lifespan, available on Spotify and Apple Music. The playlists are Choral / Vocal, Folk / World, Jazz, Electronic / Experimental, and Contemporary Classical. Listen to them here.

To ensure the New Music Biennial can be experienced by all, the Southbank Centre will also be hosting a range of free-to-attend public events which will be announced closer to the summer.

Music and the arts have never been more important with so many universal challenges facing individuals, communities and the world. This year’s New Music Biennial invited composers and commissioning organisations to create a response – exploring the fantastical, imaginative and transformational shift music can affect in confronting these threats and challenges whilst bringing joy and excitement.

Be sure to catch the twenty compositions that span classical and chamber, opera to jazz, folk and electronic at PRS Foundation and Southbank Centre’s New Music Biennial.