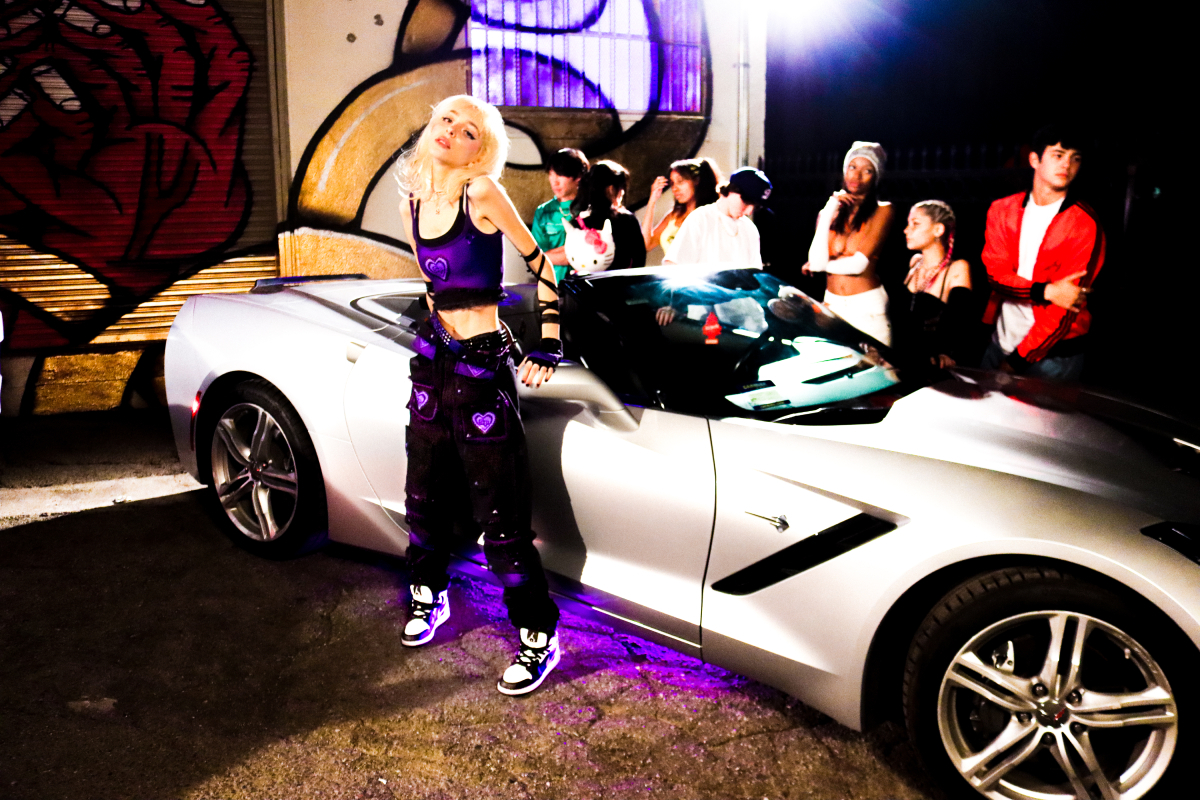 Spending the last year cultivating a unique blend of punk and hyper pop, 17 year old artist Sophie Powers has just released her highly anticipated debut EP ‘Red In Revenge,’ now available via Set Records. Brimming with the spellbinding energy of her unique ‘hyper-punk’ hybrid and unique artistic vision, the collection is accompanied by the new release official music video for focus track ‘Breakup On The Weekend,’ co-directed and styled by Sophie herself.

The EP follows Sophie’s adolescent exploits; from ending relationships and friendships, to finding your confidence and dealing with the challenges of growing up. “After turning 16, I quickly realized the world was not the place I was told it would be,” she shares. “It’s not easy to make your dreams come true – it’s not even easy to dream – which made me angry. Red In Revenge represents the angry, depressive and anxious state I was in while realizing this, as well as the state I was in while struggling to find confidence and place in society as a teenage girl, pursuing my dream, living alone in another country, far from home/the norm.“

“The song’s title summarizes my experience during the ending of a boring relationship,” Sophie shares about her new single. “In the song I explain how they were a good person, but just never wanted to do anything other than the two of us. I’m a very outgoing person and even though they say “opposites attract”, being in a relationship with someone more introverted than I was, was super hard. It’s a very real thing feeling stuck, and gathering the courage to move on from something/ someone that is dragging you down. ‘Breakup On The Weekend’ has a deep story behind its simple title and relatability, and for that reason I’m proud of myself for writing it.”

Sophie is the bold voice of a new generation. She understands the unique pressures of modern girlhood and uses her experience to write unfiltered, devil-may-care anthems about the ups and downs of being yourself. Combining the edge of punk with vibrant hip-hop and pop influences, Powers is the sound of the future. She has amassed 200,000 monthly listeners and surpassed 2.5M streams on Spotify alone since releasing her debut single ‘Lonely Army’ last year. Quickly making a name for herself, Sophie has received praise from the likes of The FADER, Rock Sound, American Songwriter, BBC Radio 1’s Future Artists with Jack Saunders and Alternative Press for her unfiltered and uncompromising voice.

‘Red In Revenge’ comes just ahead of Sophie’s US and UK tours with UK online sensation NOAHFINNCE. For more information on new music and tour dates, be sure to follow @sophiep0wers across socials, or visit www.sophiepowers.com