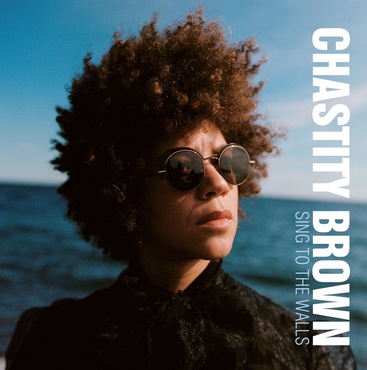 Chastity Brown – Sing To The Walls

Five years on from her last release, 2017’s excellent Silhouette of Silence, Chastity Brown returns with another superb collection of ten new tracks. The Minneapolis based singer- songwriter hasn’t been idle, writing over one hundred songs in the intervening period. Like many artists, she responded to the pandemic and lockdown by composing while unable to perform on stage but this album is ultimately very different from its starting point.

The ten tracks on Sing To The Walls, for which Brown took on a production role for the first time, have an optimistic and hopeful feel that is at odds with the times. There is perhaps less of an Americana sound as Brown evolves her music in an atmospheric and soulful direction, with a rich and wide sonic scope. And her vocal performances are as beautiful as ever, her expressive voice soaring as it gives life to the emotions behind her words.

The album opens with its lead single Wonderment, a typically expansive and melodic track that simmers without ever quite reaching boiling point. It sets a backdrop of questioning the future, yet its optimistic undertones are clear. Back Seat develops this, building from an acoustic opening, with its chorus using road trip imagery to depict moving forward.

Boston has a wistful feel, telling of past happier times, the vocals straining in places with a poignancy as they depict the depth of feeling. In total contrast, Curiosity is a perfect post-break up song of healing. Brown wrote this after coming out of a ten year relationship and it has a deeply personal feel. The lyrics speak of the honest questioning that can lead to personal growth, the piano melody behind the vocals adding emphasis to its clear message of hope for the future.

Golden is a real highlight. Although not actually fitting into the album’s overall theme, its intensely political lyrics tackle America’s racial tensions head on. “Why have I got to be angry”, pleads Brown in a song written in the aftermath of George Floyd’s murder in Brown’s home town. Tackling white complacency, Brown is typically challenging when she asks if she should just sing sweetly asking, “Does this black woman voice have too much power?”

The album’s title track Sing To The Walls encapsulates the healing we need, demonstrating Brown’s ability to relate her own situation to the wider issues facing society. Isolation can be turned into a new future; there is hope and the opportunity to build something new, she tells us. This is followed by Like The Sun, a lovely melodic piano led track with a dreamlike warmth and an exquisite vocal performance.

Sing To The Walls is a gorgeous album with a deep and hopeful message. Chastity Brown has developed her music again, building on an Americana base with a modern soul sound that is bold and powerful, yet also comforting and positive. It may be five years since her last album, but the wait was worth it.