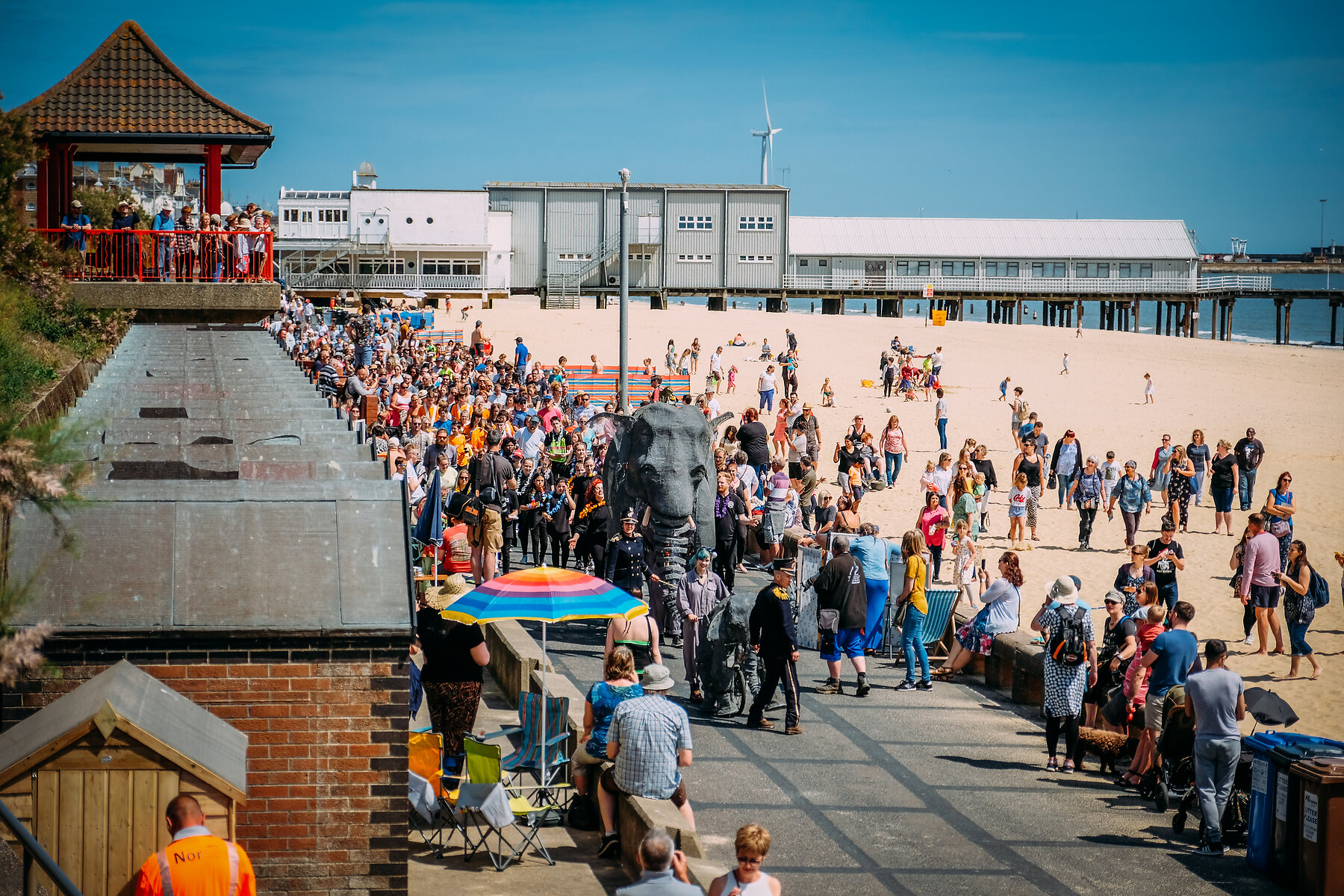 Taking place on Lowestoft’s sandy South Beach – the UK’s most easterly location and the first place to see daybreak – First Light begins at noon on Saturday 18 June and runs continuously until midday on Sunday 19 June.

Choral singing will also greet sunrise, and the winner of a new music contest, in partnership with BBC Introducing, Wild Paths and Catch 21 Records, will perform on the stage later that morning.

“We’re delighted to bring First Light back to Lowestoft after two years of uncertainty and cancellations. This year’s event will once again by inspired by time, tide and the elements during midsummer. Being at Britain’s most easterly point, we can’t wait to see everyone enjoying the sunrise before anyone else in the country, whilst enjoying a programme curated with a sense of renewal and reconnection.”

Wayne Hemingway, co-founder of Hemingway Design, which heads up the festival, added:

“I’m thrilled to see the return of First Light Festival this year, which is helping to drive the cultural regeneration of Lowestoft’s South Beach, and re-establishing it as a destination, bringing focus to it being the country’s most easterly point. As a free festival within reach of hundreds of thousands of people it really adds some lightness in these uncertain times where international travel isn’t attractive to many and climbing living costs are impacting on people’s disposable incomes.

Coinciding with this year’s festival is the re-imagining of the promenade’s most prominent structure, East Point Pavilion. We are really excited about the benefits the Pavilion and the festival will bring to Lowestoft’s 70,000 people, small businesses, and the cultural and visitor economy – this summer and beyond.”

Wild camping and campervan pitches will be available on South Beach on Friday and Saturday nights with prices starting £40 per night for a four person tent.

The First Light team would like to thank East Suffolk Council, Arts Council England, Suffolk County Council, Lowestoft Town Council and other funders and partners for their generous support