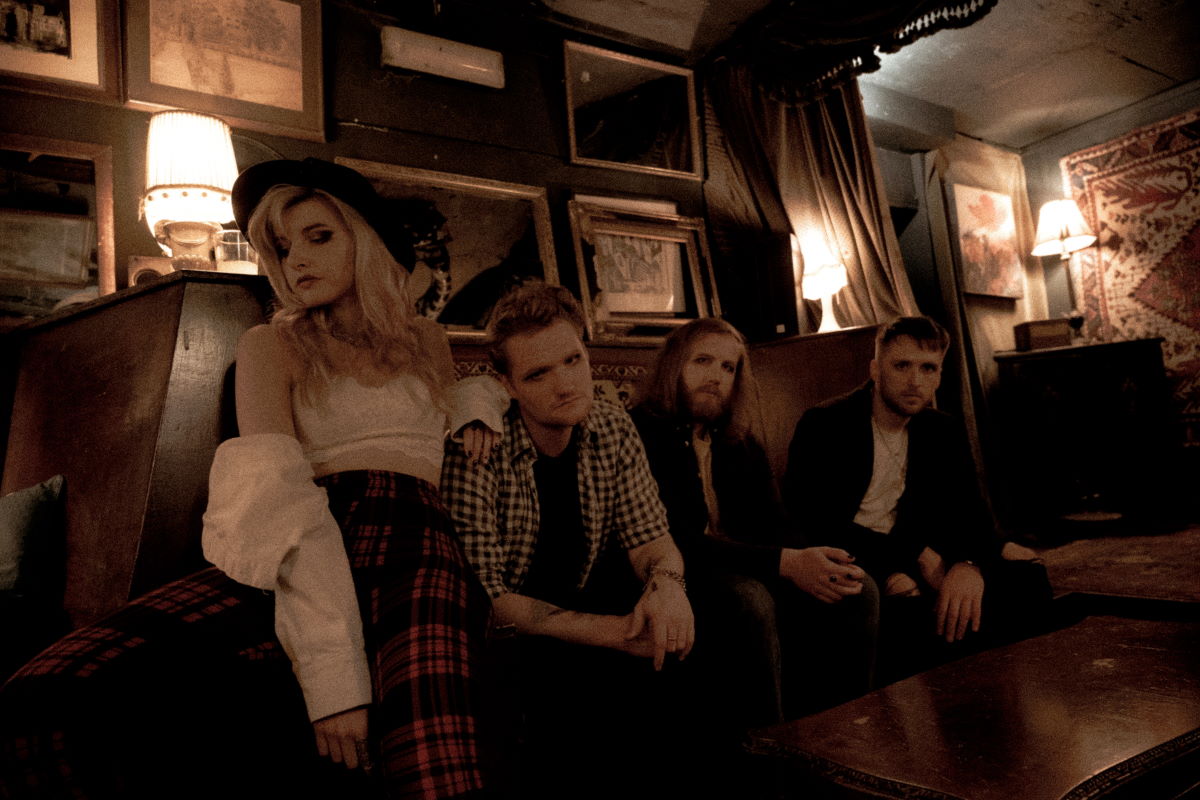 Emerging from the mists of the last couple of years with a new sense of creativity and purpose, Brighton rockers ADALIA are gearing up for the release of their brand new single. Romeo will be released on the 30th of June; A whirlwind of drums and bass and a collection of rapid fire riffs brought together by the soulful voice of Corey Plant, Romeo is a huge statement of intent by ADALIA. The single is their first new music since 2020.

Romeo is available for pre-save on your streaming platform of choice on this link.

To learn more of the tale of Romeo and the story behind the song, we hand over to ADALIA frontwoman Corey Plant:

“Initially inspired by the drunken, girl-power comradery found amongst strangers in a club’s ladies room, ROMEO follows the story of a broken girl haunted by her past. Caught between heartbreak and social ‘you are not enough’ etiquette, the voice in her head ignites a new flame: that she is all she will ever need. A tale of self-empowerment, social rebellion and a huge fuck you to being told that you anything other than the Queen you are.”

ADALIA will celebrate the release of Romeo with a hometown show in Brighton on the single’s release date, June 30th at The Prince Albert. Torrid (A Love Affair) and UrgentSea will be alongside ADALIA for the show. Tickets for the show are available on this link.

If you want a chance to see ADALIA live before the end of June, they also have another show coming up supporting GlassGrave at The Hope & Ruin in Brighton on June 21st. Tickets for that show are available from the venue’s official website. They are also supporting Wrex at Brighton Electric on the 12th of August.

The release of Romeo is the start of a new era for ADALIA, the rest of the Summer may bring more new music, you will all just have to wait and see….