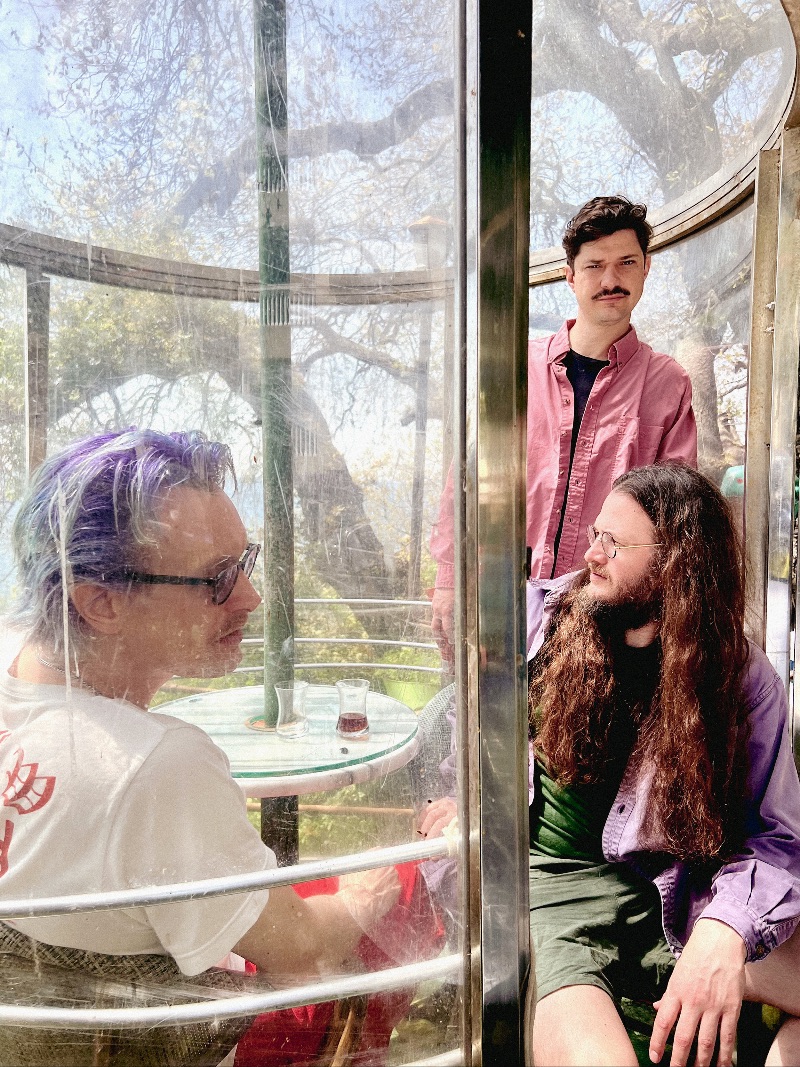 Efterklang announce their new EP ‘Plexiglass’ for immediate release via City Slang, ahead of UK and European live dates throughout the coming months.

The ‘Plexiglass EP’ holds five new Efterklang songs that showcases a more introspective and abstract side to the Danish trio’s work. Songs like Laughing in the Rain and Brænder also offers moments of hopeful light, as heard on the band’s most recent album ‘Windflowers‘ (City Slang, October 2021).

Speaking on the new collection, Efterklang’s Casper Clausen comments: “Plexiglass is a mid-summer bouquet of various kinds – new and older song seeds we’ve nurtured and bred in cohesion with each other, with help from so many dear and talented friends. Plexiglass feels like the darker side to Windflowers, a place where we dared to stare a bit deeper into the shadows of our sound and songwriting. At times it propels me back to our early work on Tripper and Parades, for example the glitchiness of “Rain Take Me Back Himalaya” and the journey of “Limited Memory”- I’m very grateful that these songs found a way to join each other on Plexiglass.”

For over twenty years, Efterklang have been pushing the barriers of experimental, electronic, emotional chamber-pop. The Danish trio of Mads Brauer, Rasmus Stolberg and Casper Clausen continue a creative journey that keeps bringing them closer together, even as their lives sprouts and grows apart.

In usual Efterklang style the new EP features plenty of guests and collaborators. “Rain Take Me Back Himalaya” features long time friend of the band Karl Hyde of Underworld on guitar and “Limited Memory” features composer and vocalist Katinka Fogh Vindelev who the band previously has worked with on the albums Magic Chairs (2010), Piramida (2012) and Leaves: The Colour of Falling (2016). “Circles” contais samples from the danish electronic music pioneer Knud Viktor’s albums Ambiances & Images from the early 1970´s (re-issued in 2017 by IDL (The Institute for Danish Sound Archaeology).

Members of Efterklang’s live band (past and present) Øyunn (drums and vocals), Christian Balvig (piano and synth), Bert Cools (guitar) and Indrė Jurgelevičiūtė (vocals) are featured on songs like “Laughing in the Rain” and “Limited Memory”.  “Brænder” features Rune Mølgaard on piano who was a member of the band until 2007. Efterklang is currently working closely with Rune writing new songs and he will be with them at this year’s Efterklang Sommertræf Festival (June 25th & 26th) on the Danish island of Møn: https://efterklang.net/sommertraef.

The EP’s artwork is by long time Efterklang collaborators Hvass&Hannibal with photography by Anne Bek.

‘Plexiglass’ will be available as a limited edition screen printed one-sided transparent 12″, available for pre-order now via the bands shop.
‘Plexiglass’ track list: