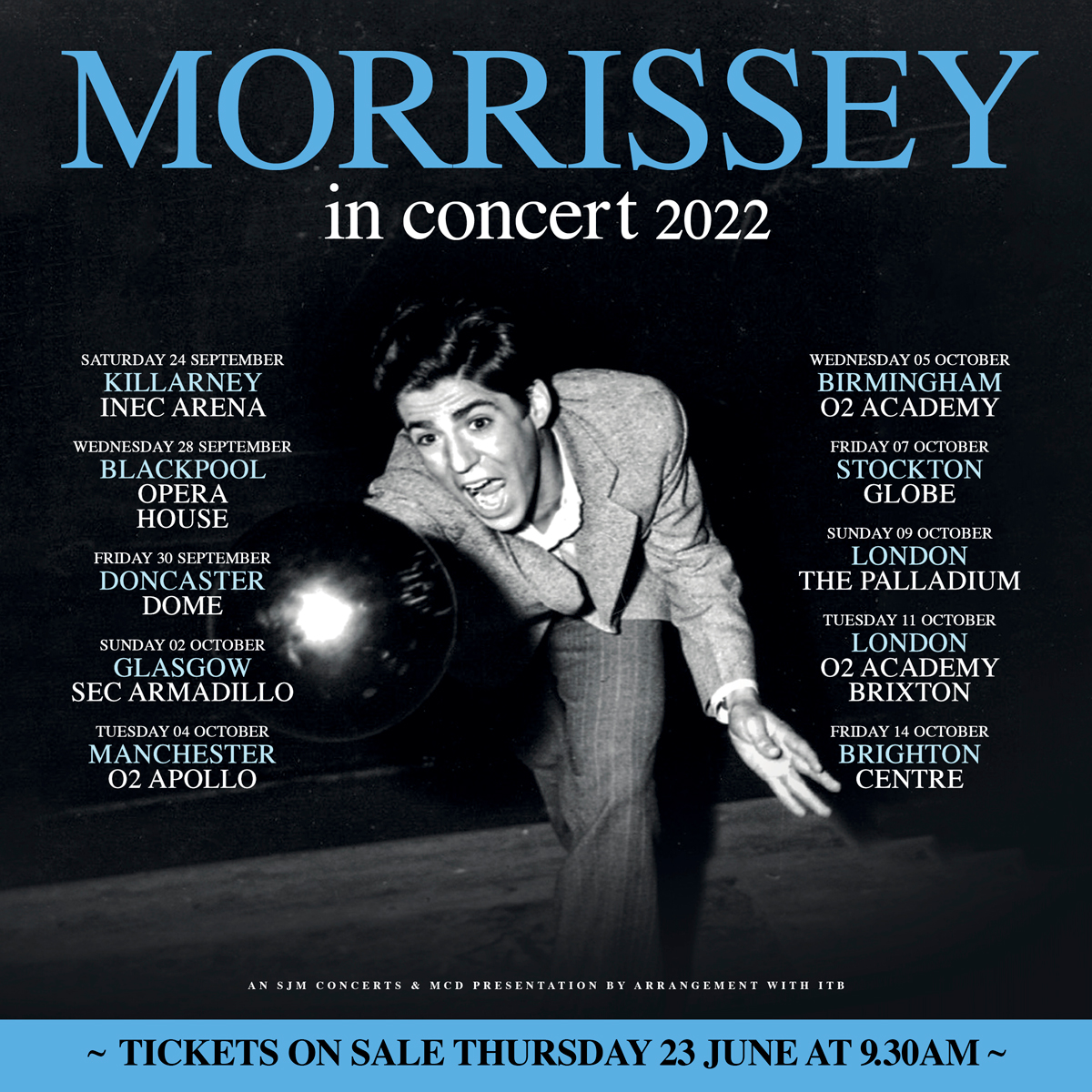 British singer-songwriter Morrissey has today announced a major UK and Ireland tour starting this September. The tour includes two London dates at two iconic venues – The Palladium and O2 Academy Brixton. Tickets for the UK dates go on general sale Thursday 23rd June at 9.30am via www.gigsandtours.com and www.ticketmaster.co.uk, with tickets for Killarney, Ireland available via www.ticketmaster.ie.

Morrissey’s songs have been covered by David Bowie, Nancy Sinatra, the Killers, Marianne Faithfull, Chrissie Hynde, My Chemical Romance, Thelma Houston, Christy Moore, amongst many others.

Morrissey was the singer and lyricist of The Smiths for 6 years and has been a successful solo artist for 35 years. In 1994 his album “Your Arsenal” was Grammy nominated. Born in Manchester, England, Morrissey is of Irish parents and, specifically, Dublin lineage.