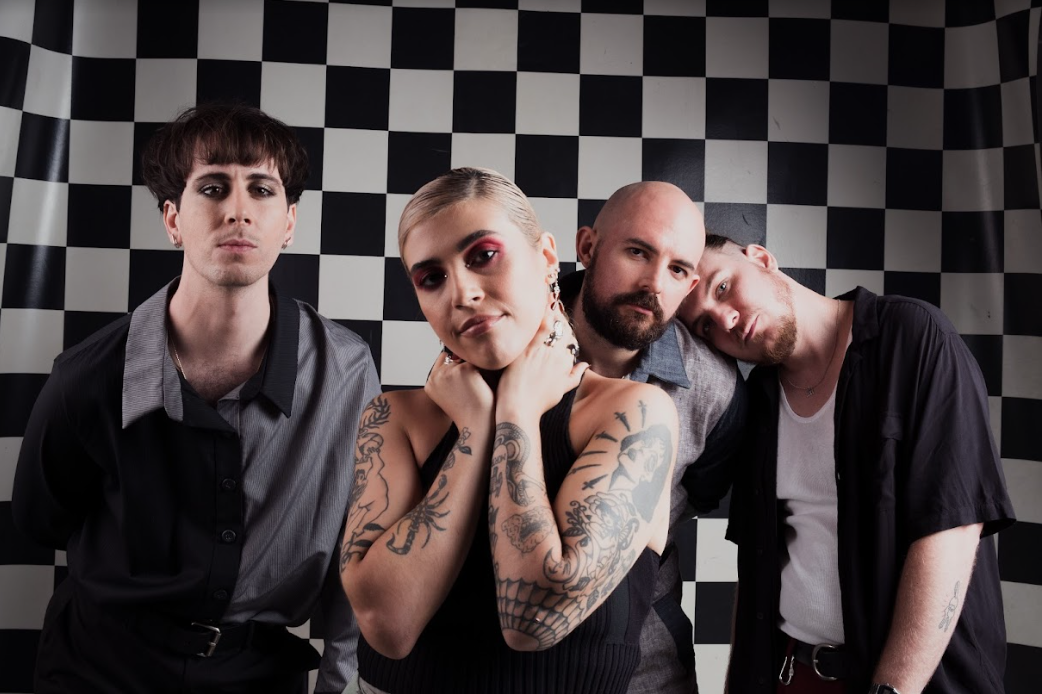 Ahead of the release of their highly anticipated second studio album “At Least I’m Free” out 5th August via Dew Process, WAAX has shared the vividly charged new single “Read Receipts” alongside the accompanying music video.

Brimming with honesty and intensity, on “Read Receipts”, lead vocalist Maz DeVita sings of anger, abandonment and disappointment on the despondent rock song. “We’re pretty excited to let this one out as it’s perhaps our best songwriting effort in our opinion (and Bernard’s). This one came together super fast. James and I were writing together on the Sunshine Coast and immediately the melody and lyric fell out. It’s literally about being left on read and being left in the cold with no answers. I was definitely feeling those feels at the time,” DeVita explains.

Reunited with Director Phoebe Faye (Dangerous and Help Me Hell), the powerful official video captures a fierce and awe-inspiring performance from DeVita, as she channels the energy, rage and emotion of the song. “The video was a huge step for me as I had never really acted as a character in anything before, I was totally outside of my comfort zone,” says DeVita. “It’s like a mafia inspired moment where I play the boss or ‘the Donna’ and I’m doing a deal with this nondescript man with a helmet. Most people know I love to do things that relate to my Italian heritage so it was super fun to explore this concept. Phoebe and her team really helped us create an epic vibe – especially the car scenes! Super slick and a fun and different vibe for us,” she adds.

On At Least I’m Free, WAAX teamed up with the production team behind their debut breakout album Big Grief – Bernard Fanning (Powderfinger) and Grammy Award-Winner Nick DiDia (Bruce Springsteen). Featuring the aforementioned Read Receipts, the QMA Award winning single Most Hated Girl, Help Me Hell, and the Linda Perry co-written track Dangerous their second LP features some fresh collaborations, including US rock superstar K.Flay on the standout No Doz. The result is an honest and indignant album  laden with raw vulnerability and contrasted by the high octane energy WAAX is renowned for.

The four-piece has also announced an exclusive solid 925 sterling silver pendant individually carved with the WAAX logo, designed in collaboration between DeVita and Onyx Handmade. The textural surface is unique to each pendant, as these are each made by hand. No moulds or mass production. The surface will continue to gain texture as the wearer moves through life. With each extra mark adding to its story. Available now to pre-order for one week only from the band’s website, this pendant will also come with a download of the album, as well as hand written lyrics to Read Receipts.

The new music follows on from WAAX’s sold-out national Dangerous tour (Australia), where they teased new music and celebrated their compelling discography to date.