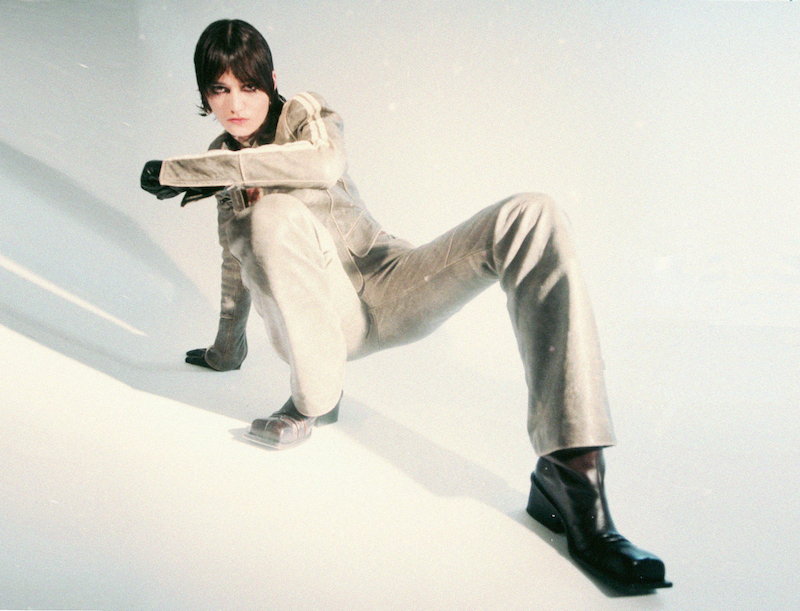 New Zealand-born, London-based singer & songwriter October and the Eyes is releasing her new EP ‘Who Upset You?‘ today via KRO Records as well as sharing new single “Jack Black Must Die”. October is also set to play a headline London show at The Lexington on June 29th.

Speaking about “Jack Black Must Die”, October said “Jack Black is a gambling man, an unfaithful lover, and a fugitive on the run from his enemies. Jack Black is the ultimate martyr – our imperfect, unholy anti-hero who must die for the sins of the world.

Musically I wanted to introduce more industrial and electronic elements, sampling a Moog Dfam to create the electronic drone that intro’s the song and an ugly, hollow industrial snare.It started off as a poem co-written with my friend Connor Hickey, so it only felt write to deliver it as spoken word.”

On the EP, October said “‘Who Upset You’ is so much sonically darker than my first EP. I guess that’s a reflection of the climate I was writing it in – the shock of a painful breakup colliding with a the world and everything that I knew as normal being turned on it’s head because of the pandemic. Thematically it’s very much drenched in cynicism, frustration, anger and grief. Having it out feels pretty cathartic if I’m honest. I feel lighter for it.

In terms of the production, more electronic and industrial elements are flecked throughout, along with folk and blues influences too. Along with revisiting the blues my Father raised me on, I was also introduced to a bunch of new music such as Ethiopian jazz from the likes of Mulatu Astatke and Tèsfa-Maryam Kidané, Israeli rock n roll from Charlie Megira, and Iranian psych legend Kourosh Yaghmaei.

Lyrically it feels like progression too. Being able to take the music on the road with the Yves Tumor tour prior to releasing them also helped shape the final recordings too, having crafted them quite specifically around how they would sound in a live setting.”

October is no new-comer to music, the New Zealand born musician has been involved in musical pursuits since she was a child. Heralding from a musical family, the prospect of pursuing music in one form or another was almost inescapable: A classical pianist mother, fanatic music fan father, and two older multi- instrumentalist brothers who were always holding their band practices in the family playroom. October’s childhood was that of a humble upbringing; having grown up in a small rural town in New Zealand’s wine country, she turned to songwriting as a means to stave the boredom away. She taught herself how to record and produce her own music aged 12, locking herself away in her bedroom for hours on end, and hasn’t looked back since. Claiming the internet raised her, it’s clear she had her sights set on broader horizons and bigger cities.

Having moved half way across the world to her new home in East London, October has remained true to her traditional isolated writing style by holing up in her East London flat for several months and writing a small collection of songs that can be described as dizzying, darkly kaleidoscopic, and dauntless above all. October describes her musical style as ‘collage-rock’ (not the be confused with college rock). Pulling musical inspiration from the likes of Bauhaus, Bowie, Siouxsie Sioux and Suicide, she then squeezes her influences through the gauze of modernity and electronics, thus creating something entirely of her own.

October released her debut EP ‘Dogs and Gods’ in 2020 ‘Who Upset You?’ is out today via KRO Records.

Who Upset You? EP artwork: 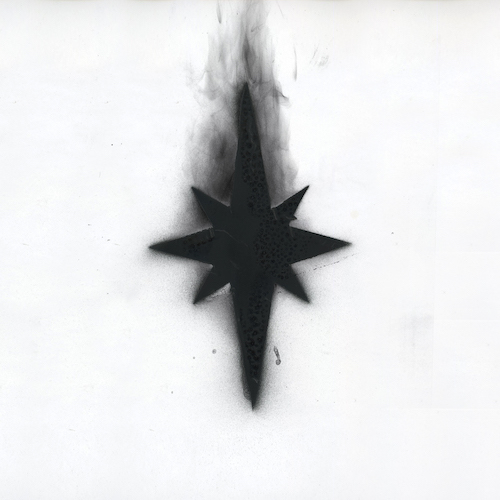