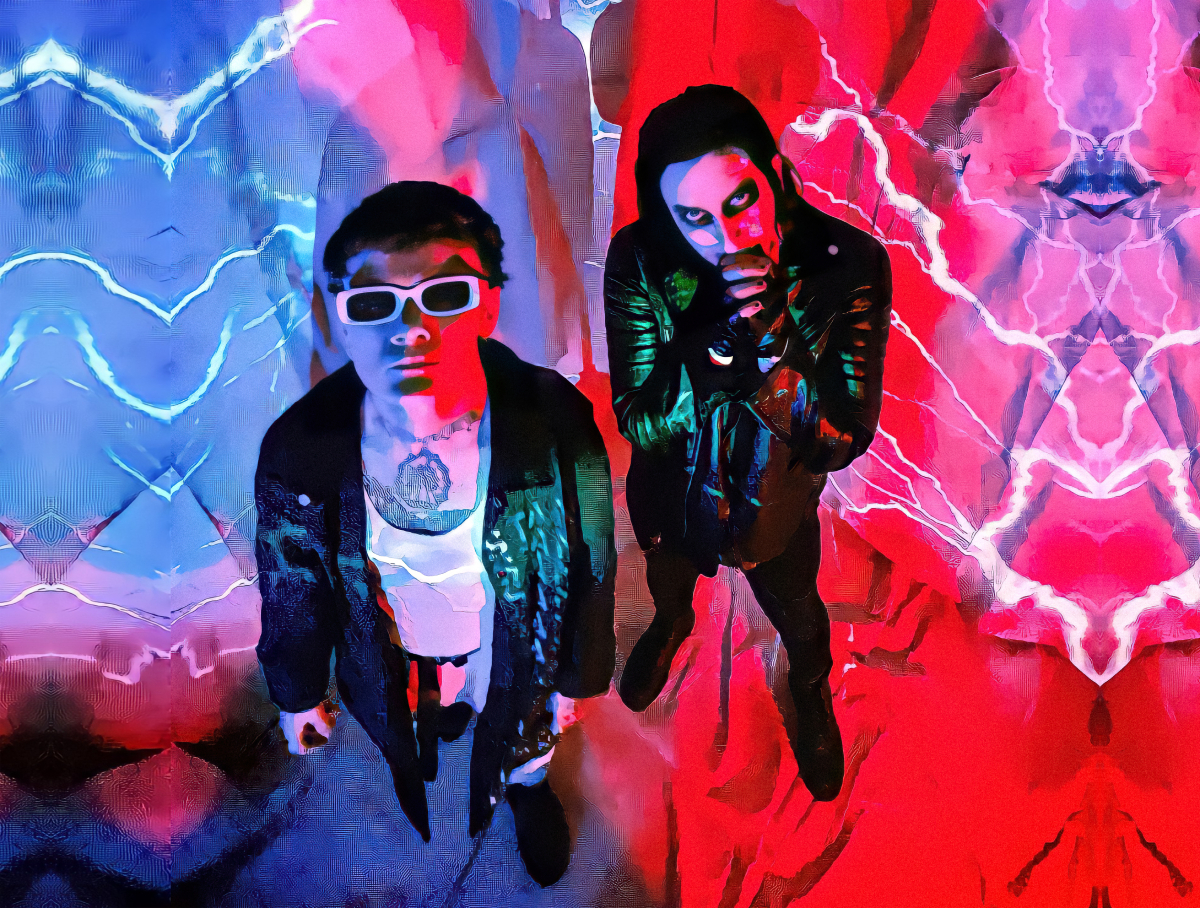 Both unique and exciting voices in the UK underground of alternative music (though threatening to tip into the mainstream), Liverpool metal act Death Blooms and Blackpool electro punk project Strange Bones have united on a new single ’25 Thousand Volts’. The track is a collision of heavy AF elements, drawing upon electronic and dance music as well as metal and rap, resulting in a powerfully artistic, glitched-up, growling party of a tune.

Bobby Wolfgang (Strange Bones) says “25 Thousand Volts is a pissed off Rottweiler snapping its jaws at 127BPM. A collision of two worlds, a nuclear mash of genre with an overtly threatening commentary yelled at you by two Northern English underdogs.” Paul Barrow (Death Blooms) adds “This is the soundtrack to the end of the world.”

Death Blooms released their debut album ‘Life Is Pain’ last year with 2021 also seeing them open up the landmark Download Pilot festival to uproarious response, get nominated for Best UK Breakthrough at the Heavy Music Awards, tour with Trash Boat and guest on daytime BBC Radio 1 with Paul’s “Guide to Metal”. This year, Death Blooms have been busy selling out headline dates up and down the country and also kicked up another stunner of a performance at Download Festival.

Strange Bones’ debut album ‘England Screams’ was released last year too. It includes an incendiary feature from Bob Vylan and is a brutally bleak but viscerally real appraisal of the state of the nation. Strange Bones have appeared at the likes of Download UK and France, Live at Leeds, The Great Escape, and Reading And Leeds. Tour dates TBA but in the meantime, Bobby will be DJ-ing at “GREEBO” – Oli Sykes’ new clubnight at his Church venue on 9th July.