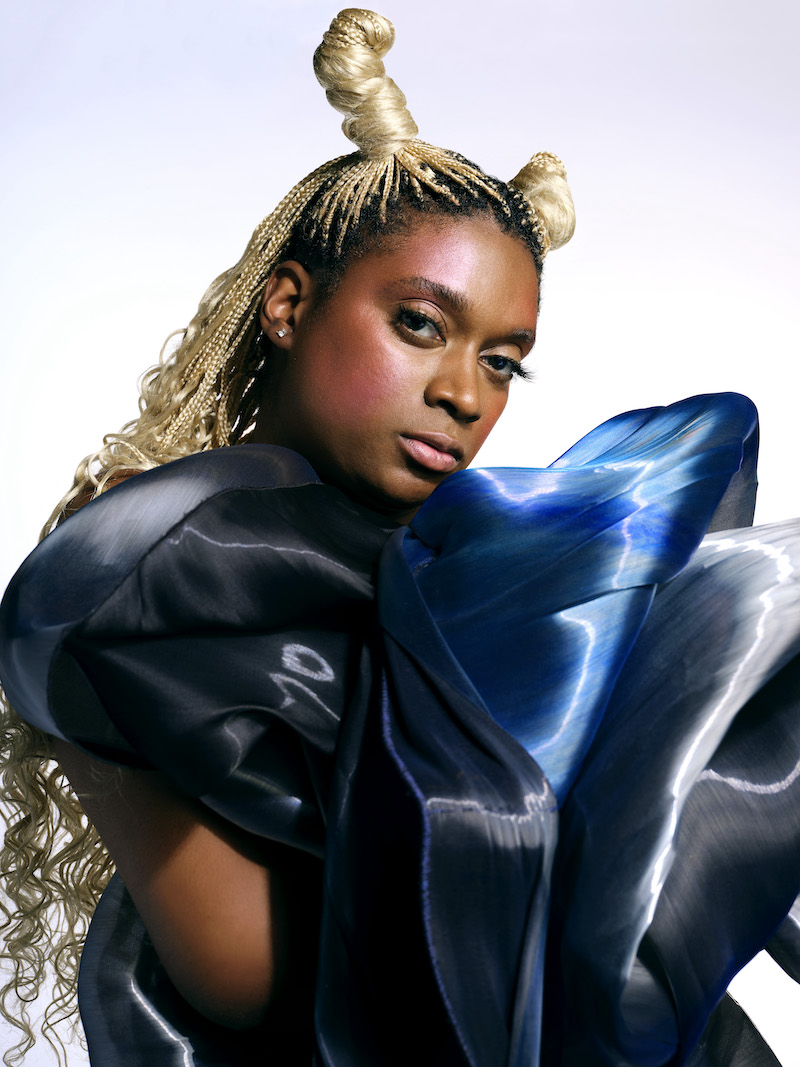 Lotic released her new EP ‘Sparkling Water‘ on Friday via Houndstooth. The new EP features original brass compositions of tracks from her recent album ‘Water‘ and was recorded at live at JRS in Berlin. To coincide with the release, today Lotic is sharing a new mix created for New York based unisex designer Dion Lee.

Lotic has created an eclectic range of sounds and genres exploring various forms of queer club culture. As a close out pride month, the mix is released as a reminder that gender liberation and equality lives far beyond the 30 days if the month of June. The most deliberate way of protecting “queer joy” is to practice “queer joy“.

Lotic’s debut album Power, released in 2018, transformed feelings of fear and vulnerability into a consolidation of personal agency and strength. The record was praised for its polished production style and its narrative reflections on race, sexuality, and gender. The follow up to this was Lotic’s latest release Water, the bewitchingly intimate 2021 album for Houndstooth, which was a stunning revelation; a tender meditation on love’s losses and lifeforce, timelines, bloodlines and resilience.Tracks from Water have been transformed with arrangements by Hilary Jeffery for Lotic’s new EP  ‘Sparkling Water’. The record also features Orlando de Boeykens (tuba), Baron Arnold (trombone), Kelly O’Donohue (trumpet/trombone) and was mastered by recording engineer was Jose Torelli. Recorded in sections, the EP was intentionally left sparse to contrast with the high production value of the album, and highlight the brass and composition.