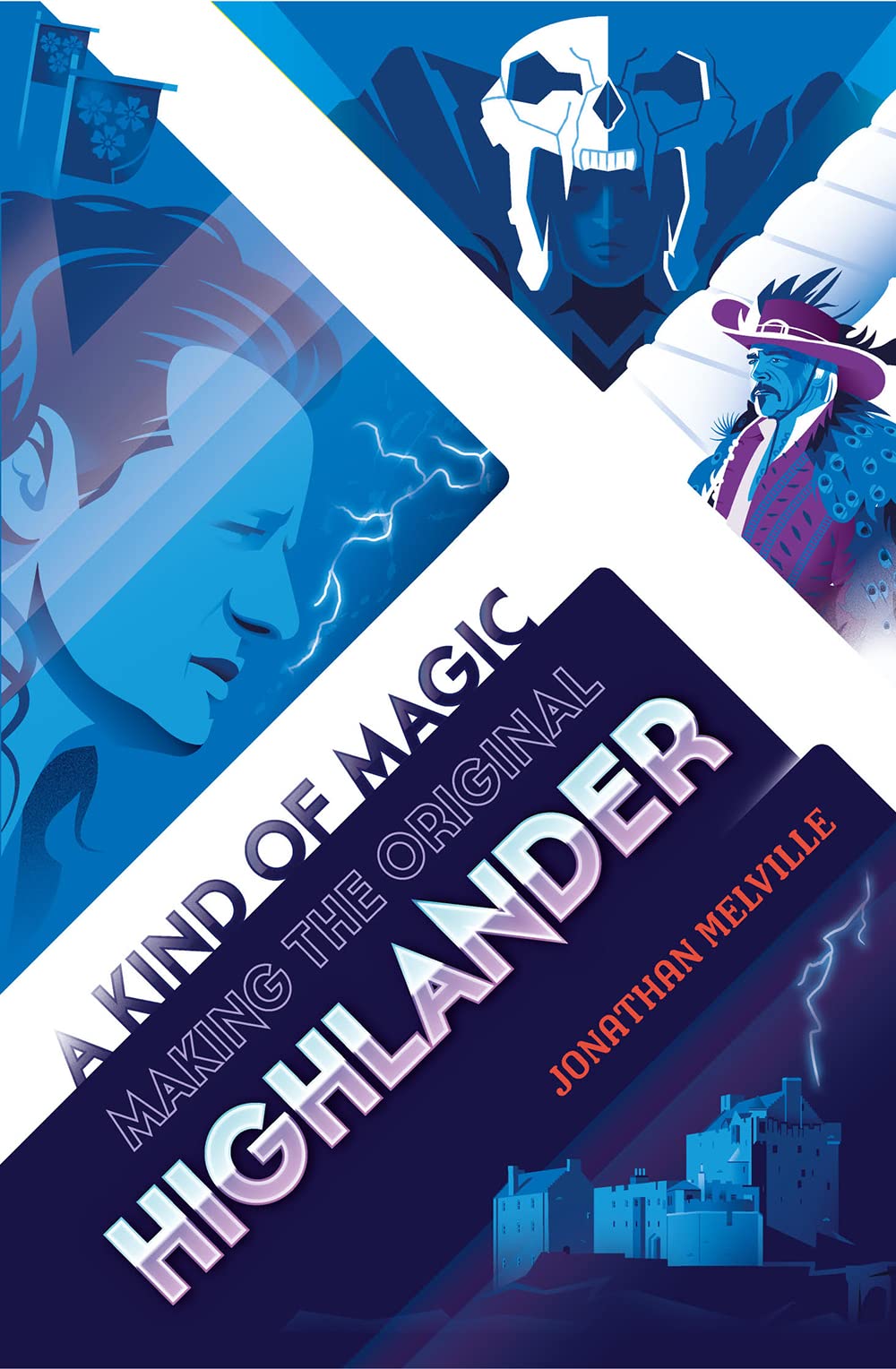 A Kind of Magic: Making the Original Highlander

A delicious deep dive into the making of the first Highlander film.  Author Jonathan Melville doesn’t want to leave any stones unturned here.

It all starts, of course, with the word (as it should so with the making of any feature film). Screen writer Gregory Widen (Backdraft/ The Prophecy) it turns out had quite a different original pitch, but the bones of the pieces remained largely intact as revisions came about.

The casting process has always been one that fans have scrutinized (even if just to point out a Scotsman playing a Spaniard, and a Frenchman playing a Scotsman); but it is nice to read up on what actually went down when casting Connery, Lambert and even Clancy Brown (Did you know he was recommend to the director by Sting?).

A lot of detail goes into the shoot of the film – Shooting on location at Fort William and Glen Nevis (Right up by Scotland’s highest hill, Ben Nevis), building of the sets, “faking” Madison Square Garden, recreating castles for the past as well as the Silvercup sign for the present.

There is a lot of detail given to the effects as wel,l from creating the Quickening to the ageing make-up for the character of Heather.  We get to hear from a lot of the main players from the Director to the Clapperboard Loader; so coverage is wide.

There is also a fascinating chapter of the soundtrack involving Queen and composer Michael Kamen.  Kamen and Freddy mercury have long since passed, but you do get to hear from other producers on the soundtrack, as well as Roger Taylor and Brian May (interviewed as lately as Covid Lock-down).

Whilst this book does focus largely on the first film there is mention in the closing chapters to the ongoing franchise, the legacy of the series and the impact it has had on modern day culture and audiences (Right down to wondering if there are any Brenda’s dressed up at comic-cons).

The book comes complete with section of images. It is simply put: Excellent. This is recommended to fans of, in particular the first film, the franchise. Highly recommended.