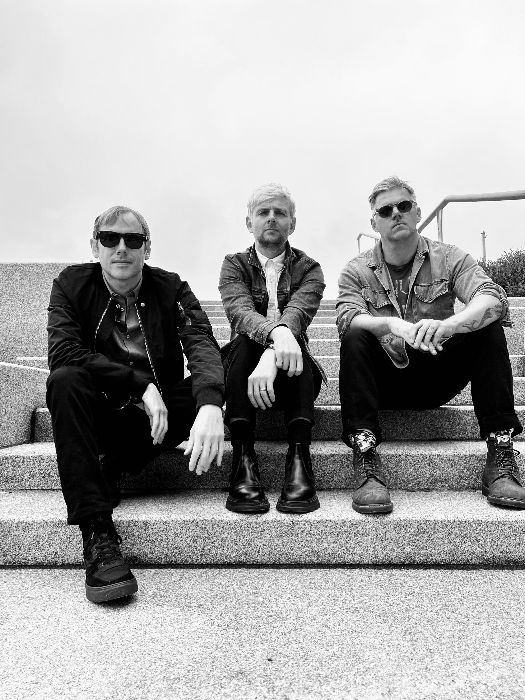 Following a string of extremely unfortunate events, the members began to reimagine the project as a personal lab of new sounds; a private vault where they could store some of their most personal experiences. That is… until now.

No Devotion will release “No Oblivion” on the 16th September, their long-awaited follow-up album recorded and produced/mixed by Stuart Richardson. Getting to hear what the trio has been creating over the years, solely for one another and the joy of the process, is a blinding feat––its songs deeply rich in texture, innovative in form, and full of pain.

“No Oblivion” standout “Starlings” marks the first new music to be released from the band since Permanence, and it also might be the most relatable chorus that Geoff Rickly has ever written. “Does anybody else know how I feel?,” he wonders as the band paints the picture of depression’s Black Dog as an ever-twisting flight of blackbirds, moving across the sky in endless permutations, rendering life prismatic in its capacity for new hurt.

No Devotions album “No Oblivion” is out 16th September 2022 via Equal Vision records.