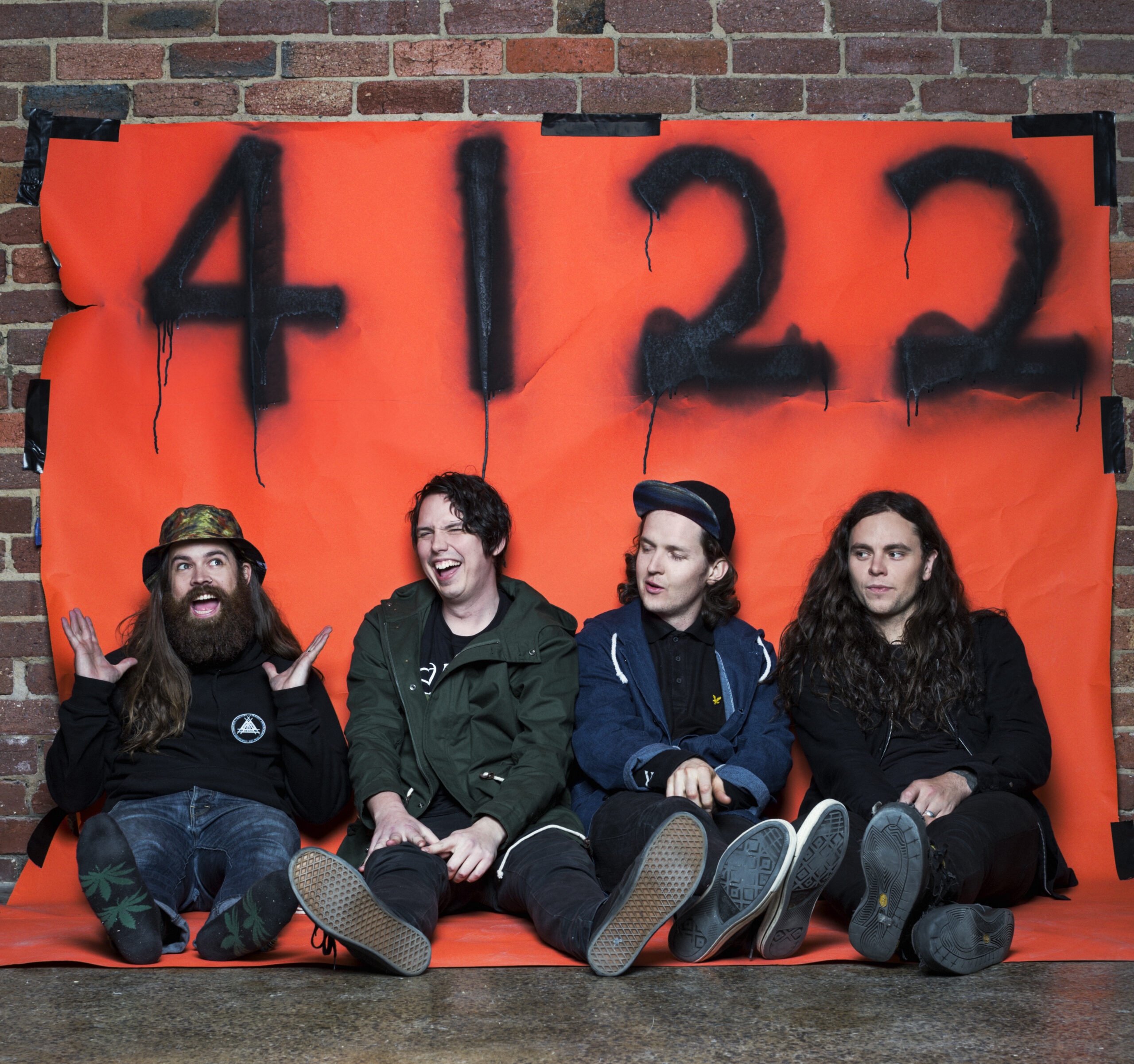 After a celebrated career spanning almost two decades, Violent Soho today announce they are taking an indefinite hiatus. Coupled with this news and in a ‘see you later’ gift for fans, the band also share new single ‘Kamikaze’ and announce their final live performance for a while, a hometown show at Brisbane’s Fortitude Music Hall on Saturday 10th September.

“After nearly 20 years in Violent Soho we’ve experienced so much as a band – It’s been incredible and life-defining. We feel so grateful to have experienced the journey and to all the people that believed in our music and showed us so much support.  However, as individuals we’ve found ourselves in different places over the last few years and so we’ve decided it’s time to take a break and lay low for a bit. This isn’t the end of the band, but we are looking forward to giving ourselves some space, focusing on our families, and giving back to the community which fostered and carried us.”

– From Mansfield with love, Violent Soho

Violent Soho’s explosive new single ‘Kamikaze’ is everything we’ve come to know and love from the Brisbane four-piece; it’s heavy, restless, and dripping in existential angst. Featuring an orchestra of guitars and Luke Boerdam’s signature twangy vocals, the track poses the question; “What you waiting for?”. The finale drags out this unanswered question – petering off into a Phoebe Bridgers-esque instrumental swell and lingering echo of acoustic feedback.

Violent Soho are an intrinsic part of the fabric of the Australian music scene, working tirelessly over almost twenty years to build a community of like-minded music lovers, achieve ARIA #1 accreditations and awards, and sell out adrenaline-packed headline show after headline show. You’d be hard pressed to be at a live music event or festival in Australia over the last 10 years and not see someone proudly sporting a Violent Soho tee.

Signing to Thurston Moore from Sonic Youth’s record label, Ecstatic Peace! in 2009, the band recorded their self-titled album with producer Gil Norton and relocated to the United States with their families. Touring relentlessly throughout North America with artists such as Dinosaur Jr, The Bronx, and Alice in Chains, they returned to Australia in early 2012 after giving breaking the US market a commendably decent crack. Not ones to be deterred, Soho kept doing what they do best and quickly gained the attention of I OH YOU Records, who signed them to the label late that same year.

The band recorded and released ARIA Gold-accredited Hungry Ghost in 2013, which propelled them into the hearts and stereos of many around the world. The album quickly became a cult classic, soundtracking skate videos and house parties across the country, and leading to Soho’s first mainstage performance at Splendour in the Grass in 2014 – an iconic moment for the band and fans alike.

Working their way up from countless shows in sweaty band rooms, to a massive sold-out headline show at Brisbane’s Riverstage following the release of Gold-accredited and ARIA #1 album WACO earlier that year, the band always made a point of doing their own thing – catching the 180 bus from their beloved home suburb of Mansfield in Brisbane to the gig, and the roar of over 9,000 exuberant fans.

The accolades flowed from there. The band won two ARIA Awards for ‘Best Rock Album’ and ‘Best Group’, took out the AIR Award for ‘Best Hard Rock, Metal or Punk Album’, and their Double ARIA Platinum single ‘Covered In Chrome’ was voted #14 in the triple j Hottest 100 of 2013. 2020 brought the band’s second ARIA #1 debut – Everything Is A-OK – which garnered momentous success: three ARIA nominations for ‘Best Rock Album’, ‘Engineer of the Year’ (for Greg Wales), and ‘Best Cover Art’ (for Luke Henery).

Violent Soho will take to the amphitheatre stage at Splendour In The Grass 2022 once again next weekend, for what is no doubt going to be an incredibly special set and follows their two stand-out past performances on the Splendour stage.

Although their Fortitude Music Hall show in September will be the last chance to see the guys play for a while, rest assured this isn’t goodbye forever to our beloved 4122 legends – it’s just ‘until next time’.

Out now through I OH YOU / PURE NOISE RECORDS