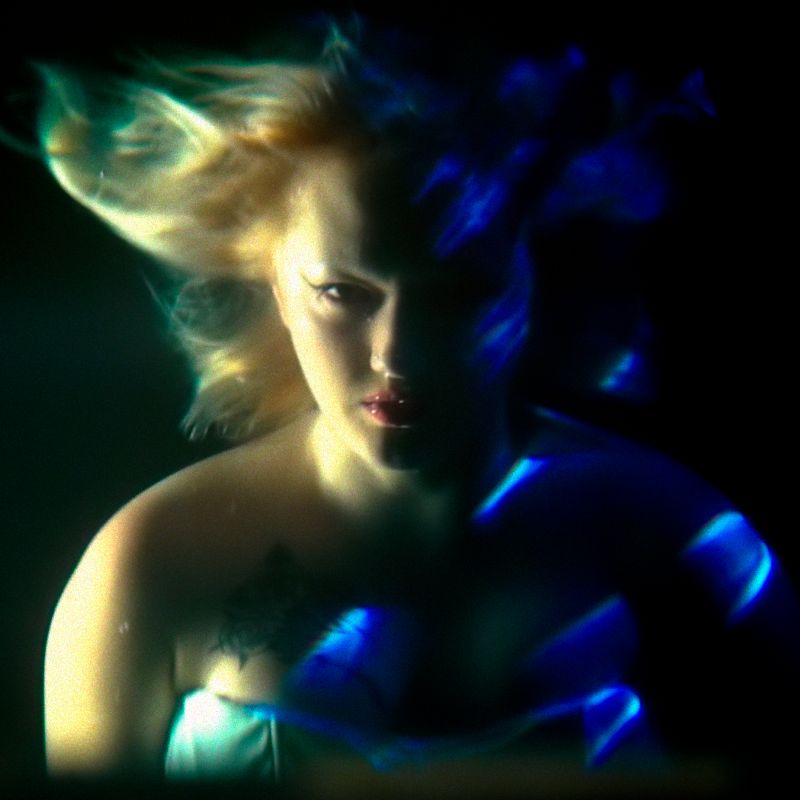 Today Kennedy Ashlyn aka SRSQ [pronounced ‘seer-skew’], has shared a captivating new single from her forthcoming album ‘Ever Crashing’, which is set for release on the 19th of August through Dais.
The delicate yet crushing ballad “Abyss” sees Ashlyn sing of her bipolar disorder with shattering clarity. Raw and vulnerable, the track embodies her unique ability to masterfully synthesizes her private struggles and sorrows into stirring, redemptive anthems. Her multi-octave range and moodswing songcraft consists of tumult and triumph, darkest night breaking into brightest dawn, proving her a musician of elemental force.

The accompanying self-directed video pictures Kennedy submerged in water. She comments: “Abyss describes my darkest days with the imagery of my skinless body trapped in a riptide, its rawness exacerbated by the rushing saltwater. Suspended above is a glowing orb, the promise of peace, growing fainter and fainter as the tide pulls me down. I watch it disappear in yearning surrender, only to be resurrected by the powerful shine of the sun, which cuts through the water at random, allowing me to ascend if only for a short time.  The video was shot almost entirely underwater using a home made periscope.”

‘Ever Crashing’ began materializing in the wake of an ADHD and bipolar disorder diagnosis, prompting a profound personal overhaul. Ashlyn cites such periods of turmoil as a muse of sorts, when “songs begin to echo within me,” gradually reverberating clearer and more vividly. As melodies and arrangements come into focus, the songs act like containers, vessels in which to externalize and exorcize tumultuous emotions.