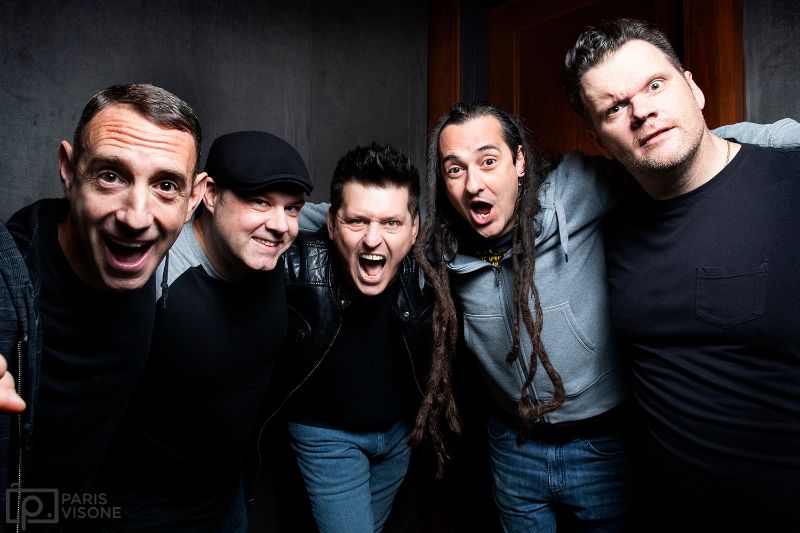 Today, ska-punk heavyweights Less Than Jake announce the deluxe version of their hit album Silver Linings. The album is set for release on the 21st of October 2022 via Pure Noise Records and includes two rare full-band tracks as well as four acoustic versions of album tracks. Fans can pre-order Silver Lining Deluxe HERE.

“When ‘Silver Linings’ first came out in December of 2020, our band was in the midst of being at home for the longest amount of time in a row EVER!” recounts trombonist Buddy Schaub. “We were all so excited to release it to the world because it was the first album with our new drummer, Matt Yonker, and our first attempt at writing all the lyrics on a record. Unfortunately, we were still stuck at home and couldn’t go out and breathe life into the songs on stage like they deserved! Putting out this Deluxe Version seemed like a great way to re-introduce the record to those who may have missed it in the chaos of the last couple of years.

Speaking on their new music video for “So Much Less”, Schaub comments: “‘So Much Less’ didn’t get pushed as a single, but our fans have definitely been bringing it up a lot over the past 2 years as a stand-out. So we thought it was time to bring it into the spotlight. We shot some footage all throughout the summer tour and it definitely captures the feeling of being on the road”

Speaking on the new additions to the album, Schaub continues: “People have always responded favourably when Chris and Roger do acoustic versions of our songs, so we thought including a few tracks. We broke everything down to the rawest elements of the parts, trying to harness their emotive power. There are also a couple of great jams that didn’t make it on the original release, so go give it a spin!”

Be sure to catch Less Than Jake on the road in the US this autumn on their Back For The Attack Tour. Support comes from Bowling For Soup, Cliffdiver and Keep Flying on select dates. More Info and tickets are available HERE. Less Than Jake has also been announced to play Slam Dunk 2023 where they will be celebrating the 25th anniversary of “Hello Rockview”. The band will play alongside acts such as The Offspring, Billy Talent, and Enter Shikari. More info and tickets are available HERE

Silver Linings Deluxe is out on the 21st of October 2022 via Pure Noise Records. Fans can pre-order HERE.