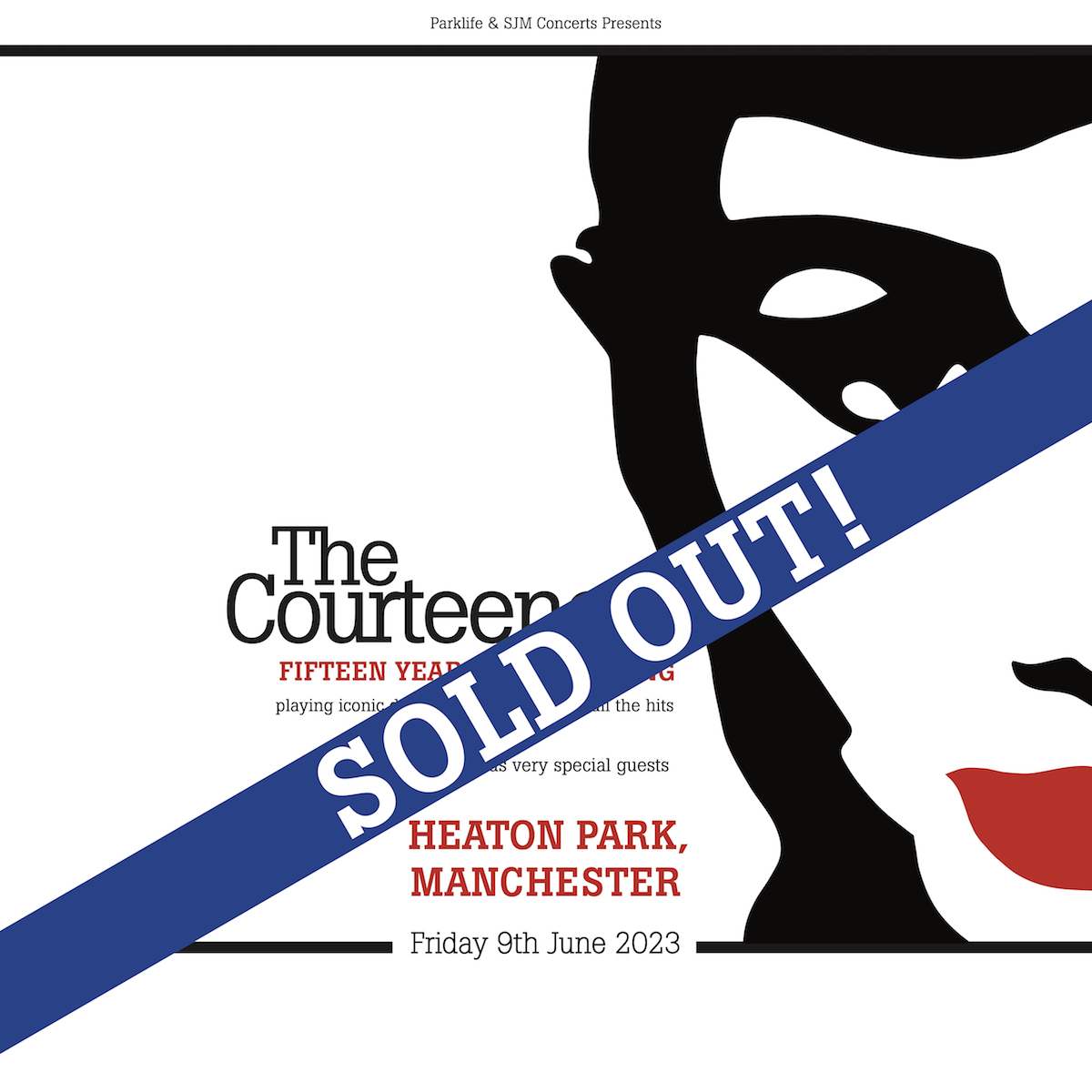 A trailblazing force in modern guitar music, Courteeners live and breathe for the grandest stages. Across six studio albums, countless momentous nights in the biggest venues in the country, era-defining shows and storming festival headline turns – they’ve become one of the UK’s biggest bands. Lead by the incomparable tales and voice of Liam Fray, their anthems are woven into the fabric of modern life and after headlining festivals such as Neighbourhood Weekender and Y Not Festival in 2022 and selling over 100,000 tickets last year alone, they return to Manchester in 2023 for a very special night marking where it all began.

Released in 2008, ‘St Jude’ launched Courteeners into the wider public consciousness – sitting as an iconic album that soundtracked 00s Britain in a way few others could. Produced by the legendary Stephen Street, the album spawned Top 40 anthems such as ‘Not Nineteen Forever’, ‘What Took You So Long?’ and ‘No You Didn’t, No You Don’t’ as well as beloved classics such as ‘Cavorting’, ‘Please Don’t’ and ‘Fallowfield Hillbilly’ amongst others. Storming into the Top 5 of the UK Album Charts and scooping the Guardian First Album Award, it’s place in the hearts of fans has stood tall nearly 15 years later.

In what will be the band’s third headline appearance at Heaton Park following sold-out nights in 2015 and 2019, Courteeners will bring a special celebration of ‘St Jude’ 15 years on – playing the album in full alongside their greatest hits from a career that continues to see them rise and rise as one of the most important guitar bands of recent times.

Can’t believe our darling St. Jude is 15 next year. Think it’s time for a celebration and we all know that great things come in threes….The Star Wars Trilogy, Sooty, Sweep & Soo and now, here we are, with the third instalment of ‘Courteeners at Heaton Park’.

This time, to celebrate the 15th anniversary of its release we’ll be playing ST. JUDE (in full) PLUS (of course) THE HITS.  I can’t think of any better way to celebrate than to make the pilgrimage to Heaton Park with like-minded souls and lose ourselves like it’s 2008. And, because we’re good like that, we’ve remastered the original album …

Courteeners headline show at Heaton Park in 2023 is just one of many celebrations in store for ‘St Jude’, with news today of a special remastered edition of the album also announced. Set for release on January 13th 2023, the collection will see the seminal album remastered in full in a range of different editions – incorporating fan favourite B-Sides, Acoustic Versions and more across collectible formats. This includes:

For further information on the special remastered editions of ‘St Jude’ and to pre-order your copy now, head to the official Courteeners website: http://www.thecourteeners.com/