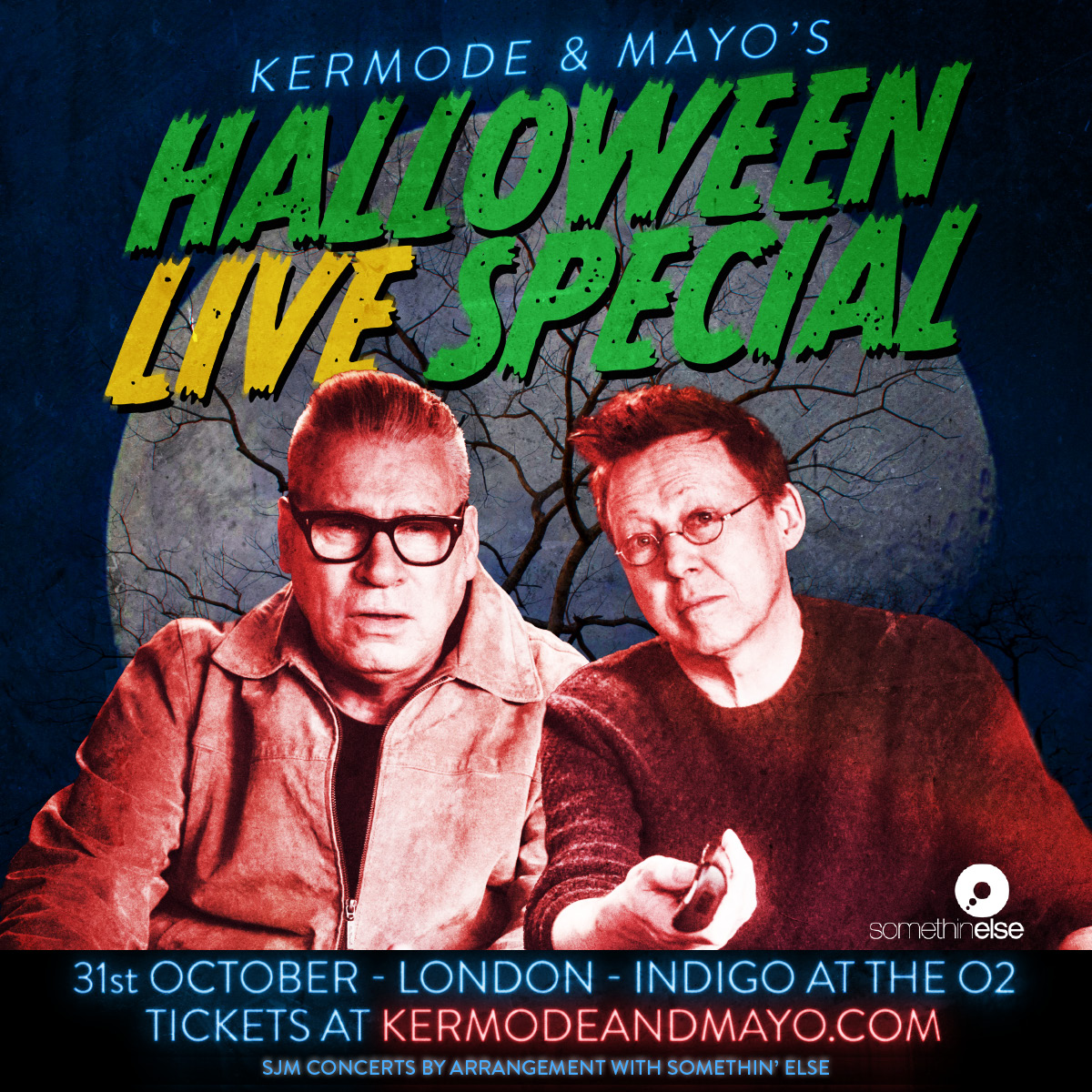 Join Mark Kermode and Simon Mayo’s biggest ever live show for an evening of things that go bump in the night at Indigo at the O2 in London on Monday 31st October for a Halloween special. Tickets go on sale at 10am on Friday 9th September via www.gigsandtours.com.

Throughout the evening, Kermode and Mayo will record their podcast live, with some very special guests. The audience will also be treated to a whole host of spooky special features including the final of The World Cup of Horror Films, in which the winner of the online knockout will be announced, alongside the Least Scary Horror Film of All Time. There’ll be a Horror Movie Pub Quiz and a whole host of ghoulish games to make Halloween 2022 one to remember.

The Halloween special follows the podcasters’ live debut of Kermode & Mayo’s Take at the Union Chapel in May 2022 which saw tickets sell out in just 24 hours.

Mark Kermode is the UK’s leading film critic and Simon Mayo is an iconic host and film fanatic. Having united over their love of film, the pair have been broadcasting together for over two decades. Their dynamic style and expertise have attracted an incredible cult following and plenty of awards, including twice winning the coveted Listeners’ Choice Award at the British Podcast Awards and two Sony Awards; a Gold for Best Speech show and Best Specialist Contributor for Mark Kermode.

In May 2022, the seasoned broadcasters launched Kermode and Mayo’s Take in partnership with Sony Music Entertainment’s Global Podcast Division. Sharing their expertise worldwide, the twice weekly episodes feature the finest reviews and previews, a cornucopia of audience correspondence and big-name guests, including Tom Hanks, Daisy Edgar-Jones, Jordan Peele and Ron Howard so far.

Kermode and Mayo’s Take hit Number 1 in Apple’s Top Shows charts a month ahead of release and debuted as the most popular subscription show on Apple Podcasts in the UK.