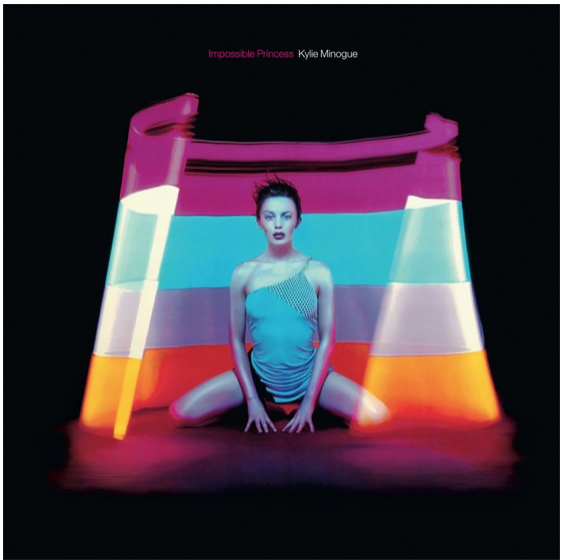 To celebrate 25 years since the release of Impossible Princess, a limited edition LP will be released on October 21: the first time the fan-favourite album has been officially available on vinyl. Presented on four different formats, fans will be able to choose from orange or violet vinyl, a picture disc or marble vinyl with an embossed art card. All formats are housed in a gatefold sleeve with original artwork.

Impossible Princess, originally released in 1997, was Kylie’s sixth studio album and her second for the Deconstruction/Mushroom label after 1994’s Kylie Minogue, marking a further departure from her pop roots both sonically and lyrically. The record spawned four diverse singles in ‘Breathe’, ‘Cowboy Style’, ‘Some Kind Of Bliss’, and ‘Did It Again’, with the album reflecting the different musical styles that Kylie was experimenting with in the late 1990s, including Trip-Hop, Brit-Pop, rock, electronica and dance. With stunning photography by French photographer, Stéphane Sednaoui, Impossible Princess is one of Kylie’s most pivotal albums.

The iconic video for ‘Did It Again’, featuring ‘Indie Kylie’, ‘Sex Kylie’, ‘Cute Kylie’ and ‘Dance Kylie’ has been remastered in HD and is available to watch now.

The limited edition vinyl will be available in the following formats, pre-order here.