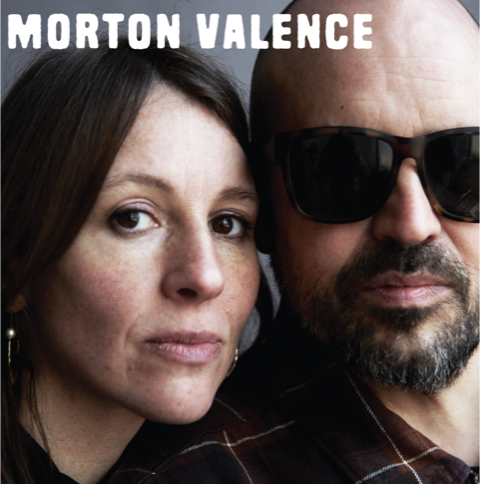 Anne Gilpin and Robert ‘Hacker’ Jessett formed Morton Valence back in 2001. The London based band describe their music as ‘urban country’. This eponymous album is the eighth release and although the band a considerable following, Morton Valence has never really achieved the success that its musical output deserves.

With strong songwriting, lovely vocal harmonies and a British take on a country based Americana sound, the group has always has a distinctive musical approach. For this new album Morton Valence has teamed up with legendary producer and pedal steel virtuoso BJ Cole. His clean production and superb pedal steel guitar work give the album a bright and rhythmic musical feel that allows the twin vocals space to soar.

There are several excellent songs here, based on well constructed narratives, and offering a degree of musically diversity. The album is bookended by two of its standout tracks. The melancholic and reflective lead single Summertime In London has such a strong sense of place that you can almost feel the wind over the Thames. Closing song Together Through The Rain is a quite beautiful duet, an urban love song with strong imagery and palpable emotion featuring gorgeous touches of pedal steel that emphasis the story’s wistful feel. The slow Like A Face That’s Been Starved Of A Kiss is also excellent. Anne Gilpin’s solo vocals here are lovely in a tender song of lost love.

Most of the album is interesting and varied, but doesn’t quite match those heights. I’ve Been Watching You/ You’ve Been Watching Me has a country rock feel with its call and response vocals. Brand New Morning is uncharacteristically upbeat, while Mary’s House is a simple county song with the vocals combining over an acoustic guitar. It Isn’t Easy Being An Angel has clever wry lyrics and a gypsy feel while Me And My Old Guitar uses a flamenco sound to good effect.

Morton Valence should really get far more media attention. The songwriting on this album is of a very high standard and the vocal harmonies are excellent. Hacker Jesett and Anne Gilpin are talented musicians and the work of BJ Cale throughout the album gives one more good reason to give it a listen.