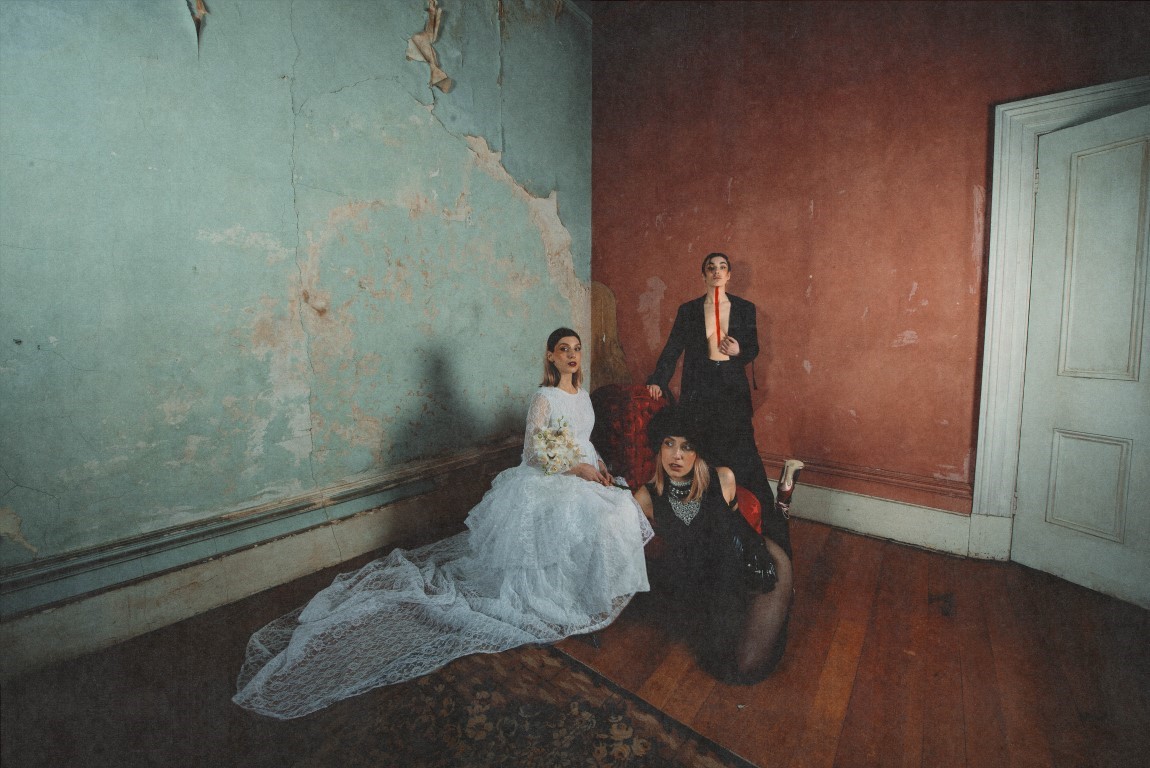 Revelations is the debut album from Melbourne’s Sir Jude. Her dramatic musical approach is bold and vivid, with a genre defying property that is exciting. Sitting somewhere between pop and an operatic musical theatre, it also has a dark and introspective quality. Add in a sprinkling of elements from gothic noir and electronica and something unique emerges.

Lyrically the songs on this album tackle misogyny from a number of different perspectives, exploring the life of women in the modern world. This is a complex album, and one that appeals both on a basic musical level but also through a more careful study of its nine songs.

Opening with the title track Revelations, the scene is set with an electronic track that builds beautifully. Secret Safe is slow and passionate, the vocals dominating in a restrained track that never quite breaks out.  Preach, a collaboration with Maxim of The Prodigy, is bold and rhythmic, as Sir Jude’s vocals soar over the complex and ever changing electronic beats and strong melodies.

The album’s two best tracks sit at its centre. Madonna is upbeat and anthemic, a fine pop song that both reflects on misogyny and guilt through the ‘Madonna and whore’ construct, while also alluding to the career and work of the musical legend. MAMMA is unlike anything else on the album. A slow piano led ballad, Sir Jude shows her vulnerability in a gorgeous song that reflects on past relationships and expresses a desire for a true and honest connection in a heart-breaking fashion. The vocal performance here is deeply passionate and builds to a fine conclusion.

Twenty Four Seven brings the themes of the album together in an introspective track that speaks of learning to love yourself as a prerequisite to loving another. The multi tracked vocals used here express her mental confusion and the struggle to find resolution. It leads into the short outro Fine, which provides a closing admission that the quest for answers goes on.

Revelations is an ambitious album, especially for a debut release. It is dark and challenging but with moments of beauty throughout. And the vocals are superb, at times ethereal and floating, at others strong and passionate. There is a visual quality to Sir Jude’s music that suggests these songs may be even better when performed live. And, as she has now relocated to London, there may be the opportunity to test this theory soon.